Links
{{ activeItem() }}
Twitter
05/31/20
That was the season finale of the #DTMesports Classic Challenge on the @Nuerburgring Nordschleife. Thank you for fo… https://t.co/ACSJaQiQOY
05/31/20
Our reigning @DTM champion @ReneRastRacing is live right now. Join him on Twitch: &gt;&gt; https://t.co/ni87YOnzSk… https://t.co/msJFYH57Zv
05/31/20
Here we go for the @DTM eSports Classic Challenge season finale at the @Nuerburgring Nordschleife, from 14:00 CEST.… https://t.co/prgBtMIaU2
05/31/20
Race day for the #DTMesports Classic Challenge finale at the @Nuerburgring Nordschleife. The 1992 season for the fi… https://t.co/j91tAMxu5K
Audi Sport on Twitter
{{ activeItem() }}
Facebook
05/31/20
Season finale: The DTM eSports Classic Challenge is taking place on the Nürburgring Nordschleife today, including the 1992 and 2016 seasons with the Audi V8 quattro DTM and Audi RS 5 DTM. Live from 14:00 CEST. Live stream >> bit.ly/2XgZin5 #PerformanceIsAnAttitude #DTMesports #RaceAtHome #AudiTogether
05/27/20
Daniel Abt, after six years and 63 races, will no longer drive for Audi in Formula E. He has been part of our Formula E team since the debut of the racing series in September 2014, and our official factory driver since the autumn of 2017. In Mexico and at our home round in Berlin, Abt took two fantastic Formula E victories and scored a total of ten podium results. With Daniel, we celebrated great success and made enormous strides with Formula E. We are thankful for our time together and look back on it proudly. However, integrity, transparency and consistent compliance with applicable rules, especially with regards to the past, are top priorities for us at Audi. We stand by our culture of tolerating mistakes. However, the incidents that took place during the “Race at Home Challenge” sim racing series were not a mistake, but a conscious decision to go against the rules. That is what makes the big difference for us. Therefore, unfortunately, we had no other alternative than suspending Daniel Abt. >> audi.com/FormulaE #ABBFormulaE #SimRacing
05/26/20
It’s that time again: the #RaceHome charity racing series. Our DTM drivers are at Brands Hatch this week for more action with the Audi e-tron Vision Gran Turismo. #RaceHome #AudiTogether #etron #StayHome #PerformanceIsAnAttitude #RaceAtHome
05/25/20
Two victories in the virtual racing world of #RaceHome, the first taste of track action and some family time for Nico Mueller. That and more in his latest #DriversDiary. >> audi.com/DTM #RaceHome #AudiTogether #etron #StayHome #PerformanceIsAnAttitude #RaceAtHome
Audi Sport on Facebook 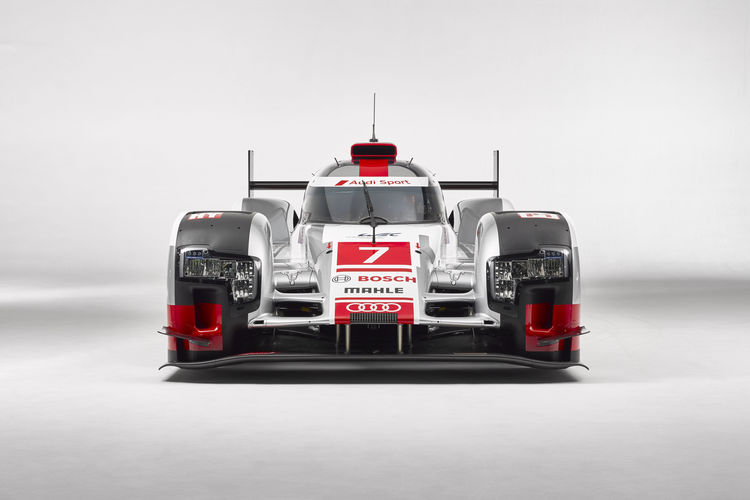 At the 6 Hours of Spa, the Audi R18 e-tron quattro debuts a new bodywork configuration. It differs significantly from the version with which Audi won the FIA World Endurance Championship WEC season opener at Silverstone. Jan Monchaux, Head of Aerodynamics at Audi Sport, explains the background.

In the meantime it has become a small tradition for Audi to develop different bodywork configurations to be perfectly equipped for the high-speed Le Mans circuit where average lap speeds exceed 240 km/h. To compare: on the track in Shanghai, which is scheduled for November, the drivers reach an average of only 180 km/h – this is an average of 25 percent less.

While the visual changes in previous years were barely recognizable to the untrained eye, Audi has consistently followed a different path since 2013. “The long tail was an effective distinguishing feature for the public,” says Jan Monchaux. Together with his development team, he developed a bodywork version specifically for the 24 Hours of Le Mans. This configuration finished flush with the rear wing and at the same time contained many more detailed solutions. The goal: significantly lower drag by omitting downforce, in order to be better equipped for higher speeds. Downforce is the force that aerodynamic components create. It presses the race car onto the ground and, as a result, permits higher cornering speeds.

When the version that creates less downforce runs for the first time this year at Spa, the differences to the sister specification, which generates higher downforce levels, are more apparent than ever before. A fundamentally different front fairing, modified sidepods, openings relocated on the inner surface of the rear fenders for venting the wheel arches, and the bodywork rear edge featuring an unusual rear wing support, characterize the newly developed race car.

“Because downforce at Le Mans is not as important as it is at other tracks, we developed other solutions and new body shapes,” says Monchaux. “In this way, we reduce the drag. All the turning vanes, wings and similar elements are no longer mounted so steeply in the airflow; the curvature of the wing profile is less.” In addition to the bodywork surfaces, the technology beneath is also affected. “The cooling system’s requirements are different. We were able to reevaluate and adapt the flow across the cooler, because at Le Mans less air mass flow is necessary due to the higher speeds,” he continues. New suspension solutions, which restrict the spring displacement on the car to a smaller range, provide additional help. In this way, the turbulent airflow under the race car is reduced.

With the sum of all innovations, Audi further improves the efficiency of its hybrid sports car. “We expect to benefit from this and to be able to use these advantages on other race tracks,” says Jan Monchaux.