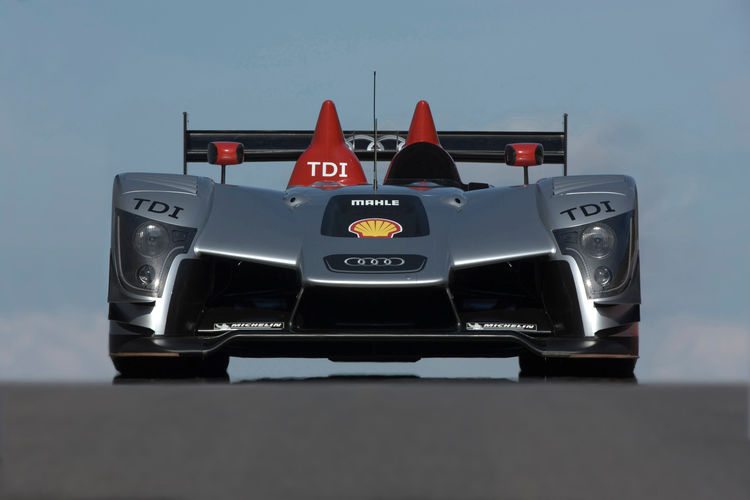 AUDI AG is the world’s first automobile manufacturer to develop a “second” generation diesel racing sports car. Audi aims to underline its supremacy and consolidate its expertise in car technology once more at the legendary 24 Hours of Le Mans with the all-new Audi R15 TDI.

The 24 Hours of Le Mans is particularly suited for this: Efficient and economical cars are especially required for the French endurance classic. Lightweight construction, environmentally friendly drive concepts and well-thought out aerodynamics are the focus of attention at Le Mans just as they are during the development of production cars. For this purpose the regulations intentionally give the engineers plenty of freedom.

Audi Sport fully exploited this creative freedom and put a new LMP1 race car on the track that differs significantly from all previous Le Mans sports cars. “The R15 TDI has many detailed technical solutions never seen before on a sports prototype,” explains Head of Audi Motorsport Dr. Wolfgang Ullrich. “To a certain extent we followed entirely new routes.”

The heart of the R15 TDI is a newly developed V10 TDI engine producing more than 600 hp, with a maximum torque output in excess of 1,050 Newton meters and which reflects the latest version of the TDI Technology invented by Audi. The power unit is more compact and lighter than the twelve-cylinder engine used in the preceding R10 TDI model. The specific fuel consumption and associated CO2 emissions could also be reduced. Innovations in the turbo-charging and fuel injection areas simultaneously ensure improved engine response. The R15 TDI is also equipped with a new generation of even lighter diesel particle filters.

The new sports car’s aerodynamics, which play a particularly important role at Le Mans, are extremely refined. Like the DTM 2008 championship winning Audi A4, the airflow around and through the car was optimized with CFD (Computational Fluid Dynamics). Included among the many innovative detail solutions which can be spotted at first glance are a rear wing suspended from the top and a high nose.

The vehicle electrical system in the Le Mans sports car is entirely new: A lithium-ion battery, as found in some hybrid vehicles, is used for the first time. It is lighter than the conventional battery and supplies a higher voltage.

The headlights fitted to the R15 TDI also benefit from the higher power. At Le Mans, Audi competes for the first time with a low beam unit comprised entirely of light emitting diodes, which represents the next generation of Audi LED technology for road cars.

Numerous innovative approaches are also hidden in the chassis and suspension of the diesel sports car. Due to the aerodynamic concept the front and rear suspension have been raised. Thanks to a longer wheelbase and the optimized vehicle weight the R15 TDI is significantly more agile than its predecessor.

Audi is the only automobile manufacturer to have won the famous 24 Hours of Le Mans with a diesel car. “With the R15 TDI we have created the base to be in a position to win also in 2009,” says Head of Audi Motorsport Dr. Wolfgang Ullrich.

The Audi R15 TDI celebrates its race debut in the 12-hour race in Sebring, Florida in the USA on March 21. Audi Sport Team Joest plans to field three cars at the 24 Hours of Le Mans on June 13/14.