Todays episode of #WhatsupAudi is all about light. We will tell you everything you need to know about Audis signature feature and show you what is planned for the future. You can find more details here: https://www.audi-mediacenter.com/en/presskits/audi-techtalk-light-13349 --- Welcome to the Audi YouTube channel, the home of “Vorsprung”. On this channel, you’ll find first-hand information on us as a company, innovations and coverage of exciting model releases. Be prepared for fascinating formats and the reporting of important events. Subscribe for thrilling insights, diverse opinions and new perspectives on the brand with Four Rings and become a member of a worldwide community of automotive aficionados. Imprint: https://www.audi-mediacenter.com/en/imprint-3697
YouTube
{{ activeItem() }}
Facebook
01/18/21
All spark. #Audi #etronS #etronSportback -------------------- Combined electric power consumption: 28.1 – 26.4 kWh/100 km; Combined CO2-emissions: 0 g/km // Further information: www.audi.com/dat The displayed vehicle shows optional equipment at extra charge. Individual equipment will be available at a later date.
01/15/21
That hybrid lifestyle. #AudiQ5 #Hybrid -------------------- Combined fuel consumption in l/100 km: 2.4 – 2.0; Combined electric power consumption in kWh/100 km: 19.1 – 17.5; Combined CO2 emissions in g/km: 54 – 46 // Further information: www.audi.com/dat
01/12/21
Attitude and the city. #AudiQ2
01/10/21
Transformation starts today. Together with Audi brand ambassador, Lucas Di Grassi, we believe in a tomorrow fueled by innovative technology. #Audi #etronGT #concept #FutureIsAnAttitude Discover what is coming up. http://di-ri.co/UpyBW
Audi on Facebook 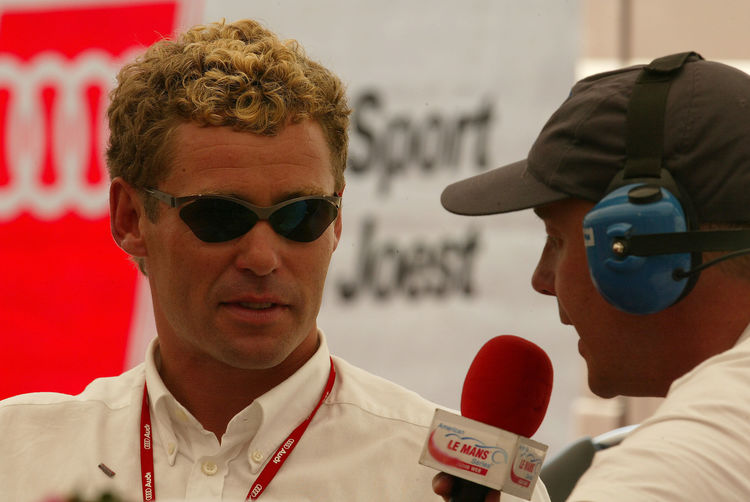 Audi works driver Tom Kristensen is Denmark´s “Driver of the Year”. The Danish Automobile Sport Federation DASU (Dansk Automobil Sport Union) honoured with this title Kristensen´s outstanding achievements in the past motorsport season. The Audi driver won the Le Mans 24 Hour race for the third time in a row and also clinched the title in the American Le Mans Series (ALMS) in the Infineon Audi R8.

After 1999 and 2000, it is already the third time that the DASU awarded Tom Kristensen the title “Driver of the Year”. “It is a great honour for me to receive this award,” explains the 35-year-old Dane. “By achieving the Le Mans hat-trick and winning the ALMS title, 2002 was the most successful season in my career. I am very glad that my achievements are also honoured in my home country. It shows how popular Le Mans and the ALMS are in Denmark. This year at Le Mans, I had the unique support of 15,000 enthusiastic Danes with flags.”

Tom Kristensen is already the second Audi works driver who has been honoured for his outstanding achievements in the 2002 season. Recently, Frank Biela has been elected “ADAC Motor Sportsman of the Year 2002” in Germany.