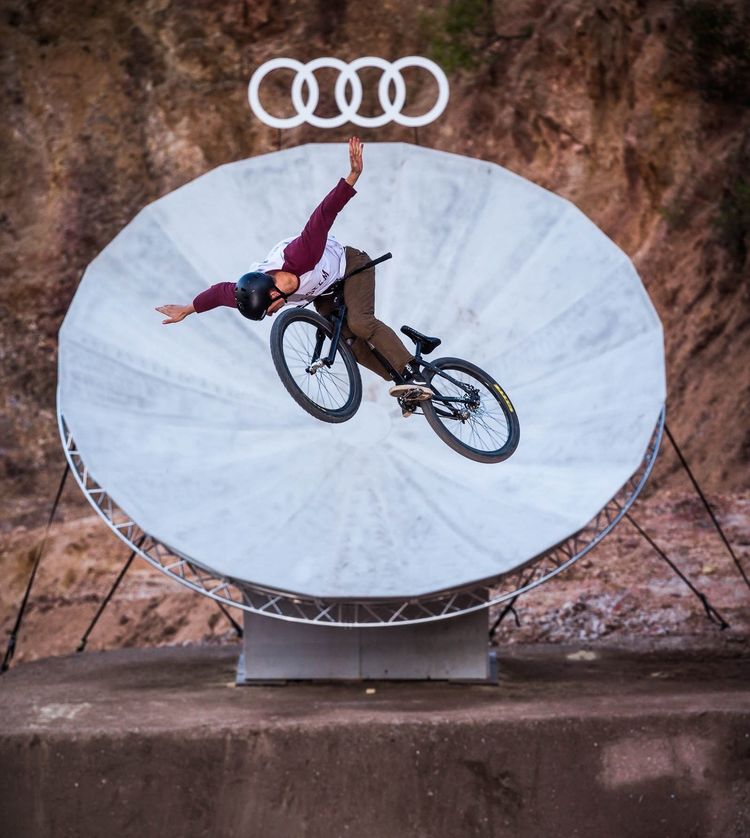 At the Audi Nines MTB Freeride Festival in Rhineland-Palatinate, the top twenty mountain bike riders in the world showed all their skills. From 8 to 13 September, the competitors met in the unusual setting of a disused quarry in the Hunsrück mountains for an event where the theme was “Send it to the Moon”. The premium brand supported the event as title sponsor for the first time, mirroring its involvement with the winter version of the Audi Nines.

Audi was backing the mountain biking event for the first time this year as title sponsor in a continuation of its commitment to trendy sports. Alongside the new title sponsor, the focus this year was on the new format of the competition. Instead of the single-day event of previous years, this time the athletes had a whole week to show off their most impressive tricks for the watching cameras. After viewing the video material, the riders assessed each other’s performance in a total of four different categories.

The Audi Nines MTB 2018 event was held in cooperation with the new Bikepark Idarkopf facility. When it opens in 2019, it is set to become the largest mountain biking location in Germany with 23 kilometres of tracks.