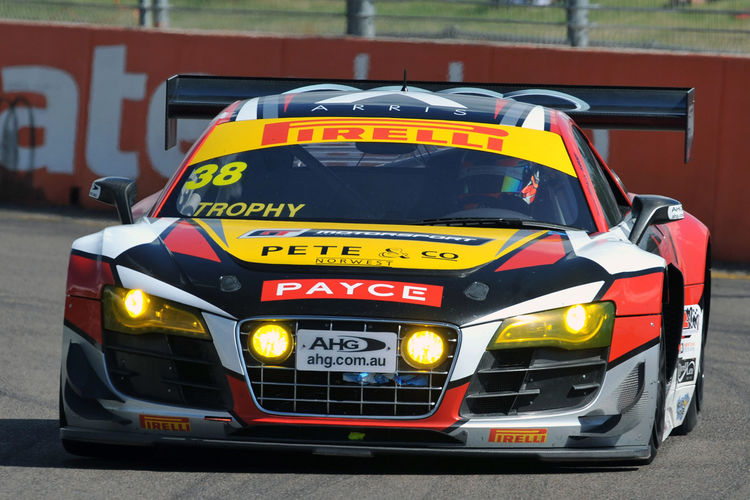 Victory and podiums in Sydney

Felix Neureuther, Marcel Hirscher and Aksel Lund Svindal not only generated a buzz as guest entrants in the Audi Sport TT Cup at Spielberg. The three ski stars also experienced the Red Bull Ring alongside Markus Winkelhock in the Audi RS 5 DTM race taxi and were given the task of taking funny selfies. The results can be seen on the social media sites of the winter athletes and at audi-motorsport.com.

Ekström and Rockenfeller to test at Spielberg

Two of the eight Audi DTM drivers will stay at Spielberg after the DTM weekend. On Tuesday and Wednesday, all three DTM manufacturers will be testing at the Red Bull Ring. For Audi Sport, the two DTM Champions Mattias Ekström and Mike Rockenfeller will be on track with two test vehicles of the Audi RS 5 DTM.

BBQ under the banner of the bull

It has become somewhat of a tradition: On the occasion of the DTM race at the Red Bull Ring, Audi again invited guests to a BBQ under the race track’s landmark, the huge steel bull. Some 100 guests followed the call of the four rings, including all eight Audi DTM drivers, the ski stars Felix Neureuther and Aksel Lund Svindal, the management of the Red Bull Ring and numerous members of the media. DTM driver Jamie Green performed the ceremonial tapping of the beer keg.

Audi tests for WEC home round

In tests at the Nürburgring on July 27 and 28, Audi prepared for the German round of the FIA World Endurance Championship (WEC) that will be held on the ‘Eifel’ circuit on August 30. On Monday, André Lotterer and Benoît Tréluyer drove the Audi R18 e-tron quattro and on Tuesday, Lucas di Grassi and Loïc Duval took the wheel. In total, the four Audi factory drivers covered almost 1,000 kilometers. “We gathered a lot of important data in different track conditions,” said Chris Reinke, Head of LMP at Audi Sport. “The weather – as is typical for the Nürburgring – was changeable. Monday was predominantly wet, while Tuesday was dry. But we can expect these kinds of conditions at the end of August as well.”

The former Le Mans winners Tom Kristensen, Dindo Capello and Loïc Duval competed in the 15th Historic Grand Prix in the Danish capital Copenhagen. As in previous years, Le Mans record winner Kristensen shared the cockpit in the Royal Pro-Am race featuring pre-1965 vehicles on the 2.6-kilometer city street circuit in the Bellahøj district with His Royal Highness Prince Joachim of Denmark. Following many position battles, Loïc Duval won with his team-mate Martin Berner ahead of Dindo Capello/Oscar Davidsen Siesbye. Last year’s winners Tom Kristensen and His Royal Highness Prince Joachim of Denmark finished on the podium as well, in third place. The numerous spectators witnessed a premiere: Tom Kristensen drove the Audi R8 Safety Car as a taxi as part of the supporting program. This was the first appearance of the new vehicle in Denmark. The proceeds from the taxi rides went to a charity project for sick children.

With his first victory at Spielberg, Mattias Ekström captured the lead of the standings in the DTM. The Audi driver in a brief interview.

For a decade and a half, you’ve been competing in the colors of Red Bull. Why did your first victory on your ‘home track’ only work out now?

“It’s really strange that it took so long here. Somehow the god of racing was never on my side here. I either didn’t manage a perfect lap in qualifying, or something would happen in the race and once I even slipped on entering the pit lane. I’ve always felt comfortable here but never managed to get everything right. Maybe I also put myself under too much pressure. This year, it was different – so maybe this was a victory of self-composure.”

How great was your joy of clinching a pole position again after nearly three and a half years?

“Actually, this wasn’t a real qualifying on Sunday but more of a long run in rain that was varying in intensity. These mixed conditions simply suit me well. It’s huge fun to take the RS 5 DTM to the limit in that case. I tried out different lines lap by lap and then went for broke in the last minutes.”

The weekend will be followed by tests at Spielberg and, next weekend, the World Rallycross Championship round in Canada. Do you like stress?

“That’s not stress, but active recuperation. I enjoy having a lot on my plate. Here in Spielberg, my partner Heidi was with me – without our two children for a change. So, it was almost like a bit of a romantic vacation. That’s good for the soul and gives me a lot of composure. And, obviously, you can achieve quite a bit that way.”