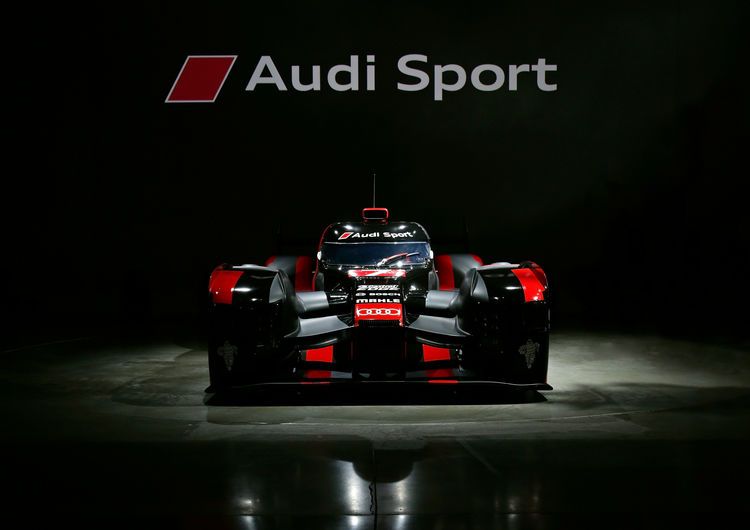 On Friday, the Automobile Club de l’Ouest (ACO) presented the field of 60 teams for the Le Mans 24 Hours. Audi will be tackling the most important endurance race of the year with two Audi R18 cars.

The field for the 84th running of the Le Mans 24 Hours is beginning to take shape: At a press conference in Paris on Friday, the Automobile Club de l’Ouest (ACO) announced the 60 teams that will be receiving an invitation for the race on June 18 and 19, 2016. For the top LMP1 category, nine sports prototypes have been nominated, including the two new Audi R18 cars of Audi Sport Team Joest. Audi was represented in Paris by Head of Motorsport Dr. Wolfgang Ullrich and three-time Le Mans winner Benoît Tréluyer..

The Italian automobile club ACI Sport Italia honored the long-standing Audi factory driver Dindo Capello at a gala event this weekend. The three-time Le Mans winner and current Audi dealer was recognized for his successful career in motorsport at the “Night of the Champions” held in Taormina, Sicily. During the ceremony, Capello was surprised by the event’s hosts with a collage of video clips showing his best scenes. The prominent guests in attendance also included Nino Vaccarella. The Italian race driver legend celebrated major successes in motorsport in the 1960s and ‘70s. In addition to a Le Mans victory (1964), the Sicilian clinched three victories at the Targa Florio, an endurance race on public mountain roads on his native island.

A special reception for Phoenix Racing at the Bathurst 12 Hour: At the beginning of the race weekend in Australia, a small group from the local indigenous community welcomed Ernst Moser’s squad with a unique ceremony. A group danced to the rhythms of a Yidaki wood wind instrument, also known as a Didgeridoo. In addition, the members of the Wiradyuri community lightly brushed all team members and the race car with eucalyptus leaves – a custom that symbolizes an act of paving the way for a positive spirit. The livery of the Audi R8 LMS from Phoenix Racing takes its cue from the local community of indigenous Australians.

Lucas di Grassi on the podium as well in Argentina

Audi factory driver Lucas di Grassi continued his run of fine form in the Formula E race in Buenos Aires: the Brazilian took third place and as a result is the only driver in the international field to finish on the podium at all four races so far this season. Lucas di Grassi, who competes for ABT Schaeffler Audi Sport in the electric racing series, started from seventh on the grid and fought his way towards the front in temperatures exceeding 30 degrees Celsius. Before Formula E visits Mexico for its next event on March 12, he lies second only four points behind the championship leader.