Audi in the TCR: Audi RS 3 LMS for entry-level 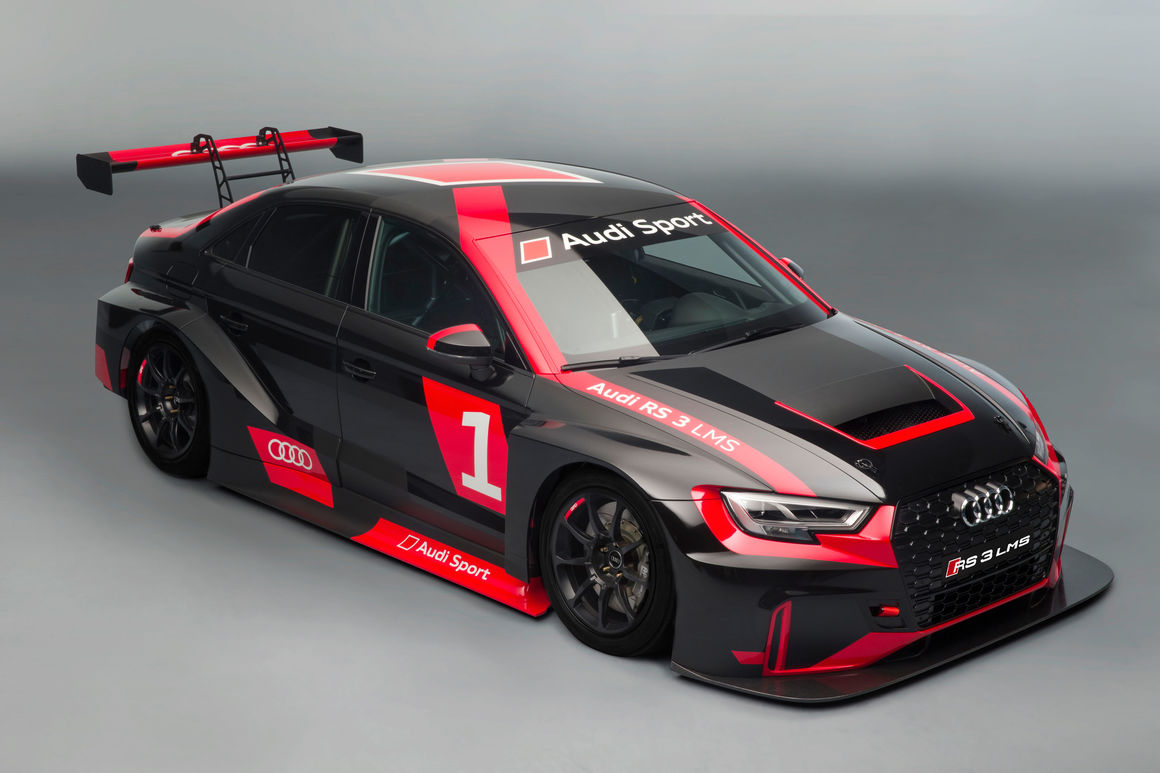 With the new Audi RS 3 LMS Audi Sport customer racing has expanded its offering in customer sport starting in the 2017 season. The TCR race car puts customer sport at Audi on an even broader base.

“Audi has been active in motorsport on the highest level for generations,” says Stephan Winkelmann, Managing Director at Audi Sport with responsibility for the Audi R and RS models which Audi sells under the “Audi Sport” label. “With the Audi R8 LMS, Audi, in a very short time, managed to build a successful customer racing program alongside the factory commitments. The Audi R8 LMS has since become the market leader in its segment. We have the same plans for the Audi RS 3 LMS, which offers customer teams an attractive opportunity to get started in fascinating Audi racing.”

The Audi RS 3 LMS was developed by Audi Sport customer racing for the relatively new TCR category. In addition to an international TCR series, with some of its races being held as part of FIA Formula One World Championship supporting programs, more and more national racing series for TCR touring cars are being founded. Even major endurance events like the Nürburgring 24 Hours are now including TCR classes.

“The potential of the TCR market is even larger than that of the GT3 category,” says Chris Reinke, Head of Audi Sport customer racing. “With the TCR version of the RS 3 we’re also reaching countries where no GT3 races are held.The costs for a TCR race car are very low. As a result, we’re going to win new customers for Audi Sport as well. In terms of support and parts supply, they’ll benefit from the experiences we’ve been gathering with the Audi R8 LMS since 2009, which our GT3 customers have already come to appreciate.”

In terms of safety, Audi Sport customer racing is not making any compromises. The extensive safety package includes an FIA-conformant safety fuel tank, a racing safety cell, the PS3 safety seat, FIA safety nets on both sides of the seat and a rescue hatch in the roof like the one used in the Audi R8 LMS.