Audi in Formula E: through the city of love with electric power 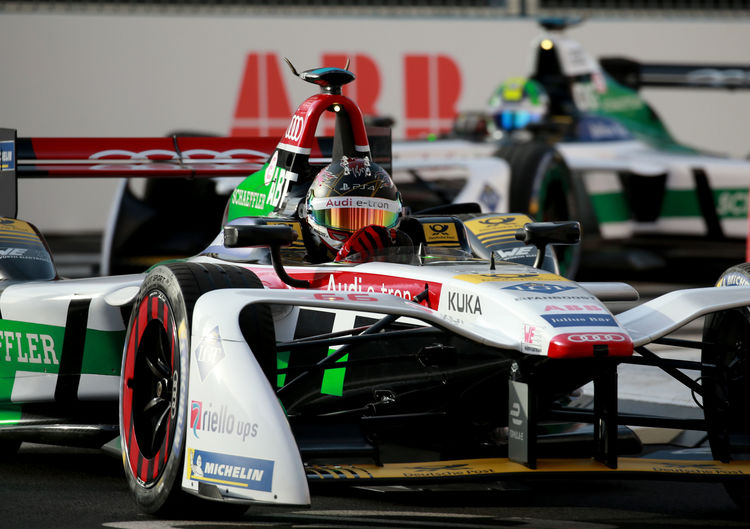 Formula E continues its European tour. On Saturday, April 28, Team Audi Sport ABT Schaeffler will stop in Paris. In the race around the Dôme des Invalides, the drivers Daniel Abt and Lucas di Grassi intend to continue their strong run of results. The futuristic Audi e-tron Vision Gran Turismo will be part of the program again. Used as a race taxi, it previously thrilled fans and guests in Rome.

Motorsport in the heart of the city – no other venue symbolizes this motto like Paris does. The 1.92-kilometer circuit passes numerous sidewalk cafés and restaurants, and circles the spectacular Dôme des Invalides. From their garages, the teams have an clean view of the Eiffel Tower and before the track is closed for race day, buses with tourists travel through the pit lane. “For me, Paris is one of the most beautiful locations and a highlight for us drivers,” says Lucas di Grassi.

The reigning champion intends to continue his upswing in results from the most recent races. In Uruguay and Italy, di Grassi has twiced finished on the podium. “I know both sides of the coin in Paris. Two years ago, I won the premiere there and last season had a cruel race day with zero points,” says the Brazilian. “Two consecutive trophies have whetted my appetite for more. We’re taking a lot of momentum from Rome to Paris and know that our car is strong and the team in great shape. Now we need to perfectly nail everything down.”

A special focus will be on qualifying. Most recently, Daniel Abt and Lucas di Grassi repeatedly showed strong fightbacks and in Paris are set on starting the race from better grid positions. “We proved on several occasions that we’re able to keep a cool head in the race even in difficult situations and move forward. Now we need to improve our qualifying performance for a better starting base,” says Daniel Abt who won his first Formula E in Mexico in March. “The track in Paris is very narrow and technically challenging. The response by the media, the fans and the guests most recently in Rome was incredible and makes us even more excited about the upcoming event.”

The drivers will have completed 49 laps on the “Circuit des Invalides” before the winner of the third Paris E-Prix has been crowned. “Daniel and Lucas are in great shape at the moment and the whole team is traveling to France with a lot of self-confidence having scored more points than any other team over the last three races. Everyone in the team is giving their absolute maximum so that we’ll continue to make up ground,” says Team Principal Allan McNish. “It’s great that the next race after the fantastic event in Rome is now following so soon. We’re expecting an equally close race in Paris, not least because it’s home soil of our French rivals.”

On clinching fourth position and with the additional point for the fastest race lap in Rome Daniel Abt advanced to fifth position in the overall classification. This means that in qualifying in Paris he will be in the group of the top five of the championship. Lucas di Grassi, in spite of four races out of the points at the beginning of the season, is now in eighth overall. Audi Sport ABT Schaeffler after seven of twelve races is in fourth position of the teams’ standings.

Round eight of the 2017/2018 Formula E season will start on Saturday at 4 pm, local time. In Germany, Eurosport will start airing live coverage at 3.45 pm (CEST). Around the globe, some 70 channels cover the Formula E races. A full list is available on the internet at www.fiaformulae.com.