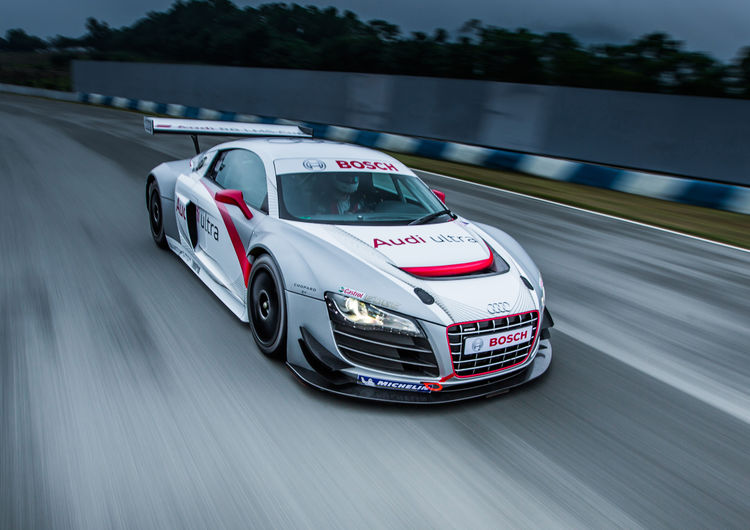 Audi expands from China into other Asian markets with the Audi R8 LMS Cup. Following the successful premiere season in China in 2012, Audi’s first one-make race series worldwide will now visit circuits in South Korea, Malaysia and Macau. The number of Audi R8 LMS GT3 race cars competing thus increases from 16 to more than 20. As a result, the automobile brand with the four rings gives motorsport in Asia another boost.

“For us, the Audi R8 LMS Cup is an excellent ambassador for Audi’s sporting genes and technological expertise in the important Asian growth region,” says Rene Koneberg, Head of the Audi R8 LMS Cup. The series is comprised of twelve races held during six race weekends in 2013. Competing for the first time at the series opener on May 4 and 5 in Zhuhai, South China, are teams from the Audi representatives from South Korea, Taiwan and Hong Kong.

“We have strong new drivers. I expect things to be even closer at the front of the field this season. Audi sets new benchmarks in customer racing in Asia with the Cup,” says Koneberg. Newcomers to the field include last year’s DTM driver Rahel Frey and the internationally experienced Chinese race driver Congfu Cheng. In addition to Marchy Lee, the seasoned campaigner from Hong Kong who was last year’s winner, and the strong, budding talent Adderly Fong (second overall in 2012), the ex-Formula 1 driver from Malaysia Alex Yoong also sets his sights on overall victory. The attractive mix of established professionals and ambitious gentlemen drivers is further enhanced by Hong Kong’s showman Aaron Kwok. The singer and actor is a very talented hobby racing driver.

The Audi R8 LMS starts in 2013 with an upgrade kit that includes more engine power and modified aerodynamics. The settings and race data from every car are transparent and visible for every driver. “In this way, the amateurs can learn from the professionals and customer racing benefits as a whole,” says Koneberg. The race car shares more than 50 per cent of its technical base with the production road car. Audi Sport customer racing China provides gentlemen drivers in Asia with everything that a race driver needs – from license training courses to race ready race cars and an organizational structure to suit.

Alongside the overall classification in the R8 LMS Cup, there are also categories for amateurs and teams. Starting this year within the scope of the close cooperation with Audi’s Chinese joint venture, is also a separate class for dealers competing with their own teams. China is the largest single market worldwide for the brand with the four rings. Audi delivered more than 400,000 cars to Chinese customers for the first time in 2012.