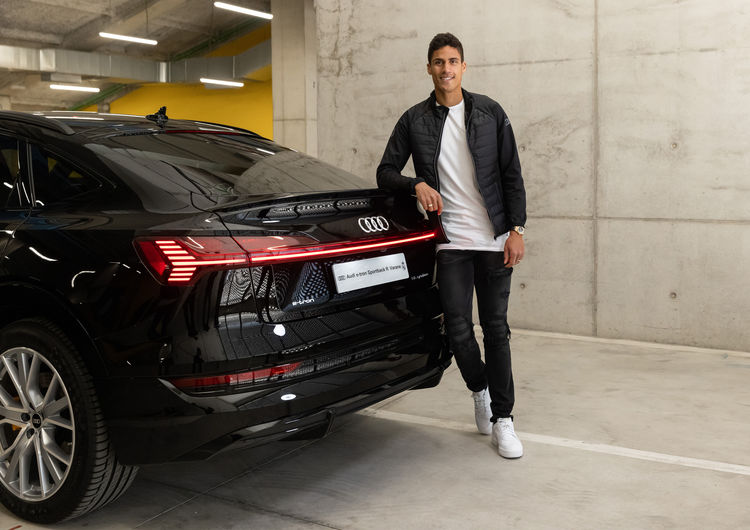 Spanish record football champion Real Madrid has received its new company cars from Audi. Once again, Audi’s models from the Q family are particularly popular with the pros from Madrid. In addition to proven quattro technology, all cars of the new fleet have electrified powertrains on board for the first time.

The partnership between premium brand Audi and European top-flight club Real Madrid has existed for two decades. As part of the cooperation, players and coaches of the record Champions League winner’s first team regularly get to enjoy new Audi models as their company cars. Now, the team in Madrid has received its new Audi fleet. Three car categories in particular have found favor with the top-flight athletes: SUV, Gran Turismo and Avant.

Once again, Audi’s SUVs are the most popular models with the international football stars. Especially the Q models are in demand with players on all positions from keeper Thibaut Courtois to midfield ace Toni Kroos to top scorer Karim Benzema. The cars selected also include the Audi e-tron Sportback. The first all-electric SUV of the brand with the four rings is pioneering a novelty this year: in addition to quattro technology, all the models chosen by the Madrilenians have electric powertrain technology from Audi on board – from mild hybrid to fully electric.

As a fitting example, Real’s wish list included a plug-in hybrid: the Gran Turismo Audi A7 Sportback is now the first TFSI e Audi in the lineup of the team from Spain’s capital city.

At the same time, a consistent trend of the long-standing partnership has continued. Several of Real’s stars will again be on the road with Audi models from the particularly sporty RS family. Head coach Zinedine Zidane and team captain Sergio Ramos, for instance, opted for an Audi RS 6 Avant. Thanks to mild-hybrid systems and cylinder deactivation under part load, the high-performance station wagon delivers modern efficiency.

With a current deficit of just three points to same-city rival and current front runner Atlético Madrid, Real continues to have all chances of defending the champion’s title in the Spanish League. On Wednesday (February 24), the first leg of the eighth-finals against Atalana will be played in Bergamo. The fact that Real Madrid decided the most recent five Champions League rounds in Italy in its favor might be a good omen.