Audi ends BMW string of victories in the DTM 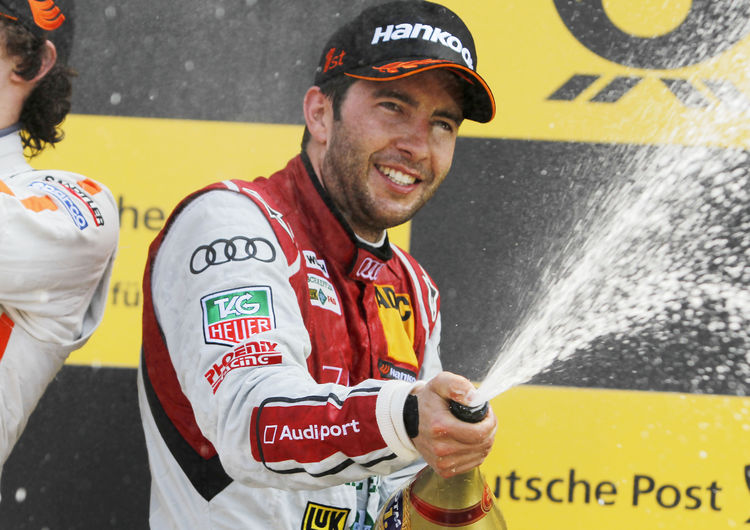 Two races, two pole positions – and now the first victory of the season plus the lead of the standings: The Audi RS 5 DTM was unbeatable at the second race of the 2013 DTM at Brands Hatch (Great Britain). Audi thus put an end to a four-race string of victories by BMW.

From the pole position, Mike Rockenfeller in the Schaeffler Audi RS 5 DTM of Audi Sport Team Phoenix celebrated a commanding victory in perfect external conditions. For 98 laps, the 2010 Le Mans winner controlled the pace and in the end crossed the finish line with a 7.641-second advantage as the clear winner. On clinching his second success at a DTM race after Zandvoort in 2011 ‘Rocky,’ with a one-point lead over title defender Bruno Spengler, took the top spot in the overall standings as well.

“That was a race of the kind you wish for as a race driver,” said Mike Rockenfeller after his triumph. “I won the start and was subsequently able to determine the pace. The option tires degraded a bit faster than at Hockenheim, which came as a surprise. But the others had the same problem and we responded correctly. My car functioned superbly and Team Phoenix performed two brilliant stops. Thank you for that! After Hockenheim, we put our heads together in the team – the result was seen today.”

“Not only the victory is a great confirmation of the hard work over the winter, but so is the commanding way in which Mike (Rockenfeller) achieved this success,” commented Dieter Gass, who has been Head of DTM at Audi Sport since April. “He was able to control the race for 98 laps and didn’t make any mistakes. His team did all the right things strategically and delivered two perfect pit stops. Well done! We already saw at Hockenheim that the performance of the Audi RS 5 DTM is right. It’s nice that we were able to convert that into a win today and managed to end the BMW string of victories.”

Following a less than optimal qualifying session, Ekström started on standard tires and in the race switched to the softer option tires right on lap four. With the help of this strategy, the Swede battled to make up ground from position twelve on the grid to seventh place.

Miguel Molina missed a point-finish by only 0.563 seconds. The Spaniard lost tenth place to Pascal Wehrlein just shortly before the end. Jamie Green finished his home round in 15th place. Filipe Albuquerque, after two time penalties, had to settle for position 17 as the best driver of Audi Sport Team Rosberg. Adrien Tambay finished the race, following a drive-through penalty due to a collision with Andy Priaulx, in 18th place. Edoardo Mortara was running in seventh place almost up until the end of the race before the Italian received a drive-through penalty as well and was forced to retire nine laps before the race ended.

The third race of the 2013 DTM will be held only two weeks from now at the Red Bull Ring in Spielberg (Austria). There, Edoardo Mortara (Audi Sport Team Rosberg) won last year.