Audi drivers are fit for the new A5 DTM 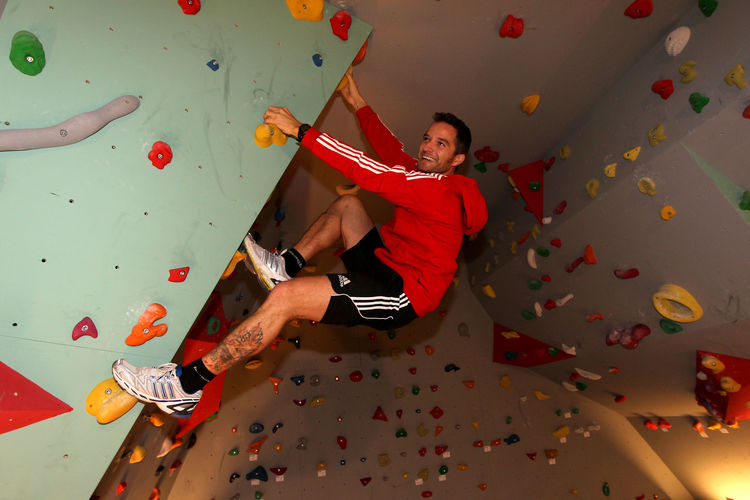 Power like a decathlonist, stamina like a marathon runner – these are the ideal prerequisites for holding one’s own in the DTM. The Audi factory drivers worked hard on themselves in winter – and are now ready to tackle the challenges of the new season.

When Dr. Christian John reflects on the old days in his motorsport life he shakes his head laughing. His reminiscing immediately brings back memories of some racers who on seeing the season’s last checkered flag being lowered would stop any effort to keep up their physical fitness, then facing him in the following spring with the resulting limpness.  “This sort of thing doesn’t happen anymore today,” says John, who as team physician has been a member of the Audi family since 1983. “Our girl and the guys I get to see at our camp in Ofterschwang for the first time in the season, are accomplished professionals who have physically trained to the max.”

The meeting in the Allgäu at the beginning of the year has been a regular event on the calendars of the Audi racers, team directors and Head of Motorsport Dr. Wolfgang Ullrich for many years. And it is an event which has evolved from a pure fitness camp into a week that is primarily dedicated to building team spirit, for instance during joint training units. This is completely to Christian John’s liking. Views that motorsport is more or less a question of material on four wheels merely make a mild smile appear on his face. “Racers have exactly two factors that put them on the podium: the technology and their physical and mental fitness – that’s it.” Accordingly, the optimum condition of the drivers has been a high priority at Audi for years.

There are good reasons for this. “Ideally, a DTM driver has the power of a decathlonist and the stamina of a marathon runner,” says Christian John as he outlines the physical demands made on the racers entrusted to his care. The heat inside the cockpit of the closed vehicle, the lateral acceleration rates which are high in a touring car as well, plus the operation of the instruments and overview of the race track – the combination of these factors truly makes DTM racing a high-performance sport.

Fitness and nutrition are on the agenda throughout the joint camp of the DTM and sports car racers just like fostering and strengthening team spirit – which has traditionally been one of the major fortes under Head of Audi Motorsport Dr. Wolfgang Ullrich. “This is where we gain an overview, provide suggestions for daily training and expose weak areas,” says John, although the latter has simply ceased to exist with the current generation: “Everyone is at the same level, and incredibly fit and trained to the max.”

So, all that is left is to provide suggestions for optimum training. Sports like running, cross-country skiing and cycling are ideal. “Of these I always recommend the latter two because you can do them at a good level for several hours straight.” In addition, there are special power training workout units for the whole body even though the highest strain is on the shoulders, arms and neck muscles.

Once the racing season has started, in addition to training, the focus is increasingly put on nutrition, which has to be high in carbohydrates and low in harmful components. Therefore, the diet before the race and qualifying is pasta, potatoes or rice, and cereal or whole grain bread in the morning.