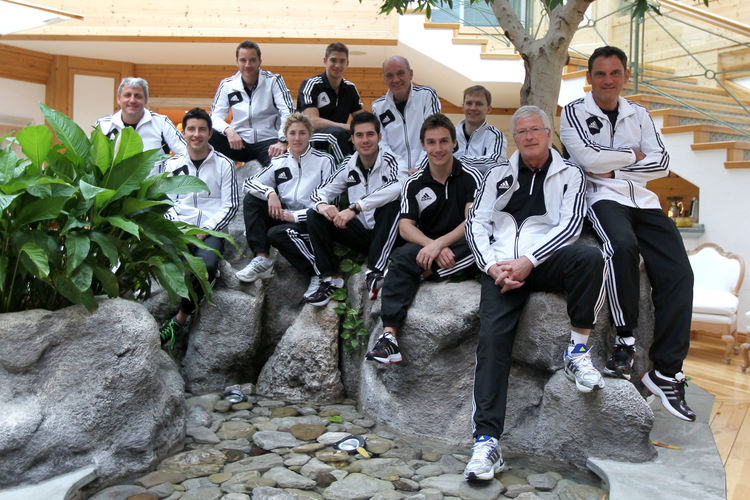 At Audi, the current DTM Champion, the “title defense” project is running at full stretch. A week before the homologation of the new Audi A5 DTM on March 1 the drivers and their assignment to the total of three Audi factory teams have been confirmed.

New car, new technology, new rules – particularly because the season opener at the Hockenheimring on April 29 is bringing a lot of changes to the most popular international touring car racing series and ringing in a completely new era in the DTM, Audi, the 1990, 1991, 2002, 2004, 2007, 2008, 2009 and 2011 DTM Champion, is banking on continuity. The long-standing partner teams, ABT Sportsline, Phoenix Racing and Team Rosberg, are fielding the seven Audi A5 DTM cars and the drivers taking the wheel of the seven Audi A5 DTM vehicles at the Hockenheim season opener on April 29 are well-known quantities too.

Spearheading the Audi squad yet again will be the two-time DTM Champions Mattias Ekström (Sweden) and Timo Scheider (Austria) who will compete for Audi Sport Team Abt Sportsline as in the past. In the 2011 season, Hans-Jürgen Abt’s team won four of the ten DTM races and clinched the DTM team title for Audi as well. Ekström’s and Scheider’s new team-mate will be the young Swiss Rahel Frey, who will be tackling her second DTM season in 2012.

Audi Sport Team Phoenix that provided the DTM Champion last year will be competing with an all new formation. After a one-year absence from the team, Le Mans winner Mike Rockenfeller (Germany) is returning to Ernst Moser’s squad for which he successfully competed as early as in the 2010 season. Rockenfeller’s new team partner will be the Spaniard Miguel Molina.

Audi Sport Team Rosberg’s line-up has remained unchanged. Like last year, the Portuguese Filipe Albuquerque and the Italian Edoardo Mortara, who were the two strongest rookies in 2011, will be running for Arno Zensen’s squad.

All three Audi factory teams and the seven drivers were involved in the development of the Audi A5 DTM from the outset and reeled off an intensive test program with the new race coupé in the winter months. “We wanted all of our teams and drivers to start into the new DTM era with the same prerequisites,” says Head of Audi Motorsport Dr. Wolfgang Ullrich. “I’m convinced that with our three long-standing partner teams and the proven drivers we’re extremely well set for the new DTM season which promises to become particularly thrilling due to the battle between the three German premium manufacturers, Audi, BMW and Mercedes-Benz, and will be a tough competition. Not least due to the tightened regulations even the minutest details will count. That’s why continuity with the teams and drivers was important to us. Mattias (Ekström) and Timo (Scheider) know how to win the DTM and each of them is drawing on experience from more than 100 DTM races. Mike (Rockenfeller) won his first DTM race in 2011, Filipe (Albuquerque), Edoardo (Mortara) and Miguel (Molina) all mounted the podium for the first time last year. And I also believe that Rahel (Frey) is able to cause some surprises in her second DTM season. During the winter tests she showed that she has a lot of potential.”