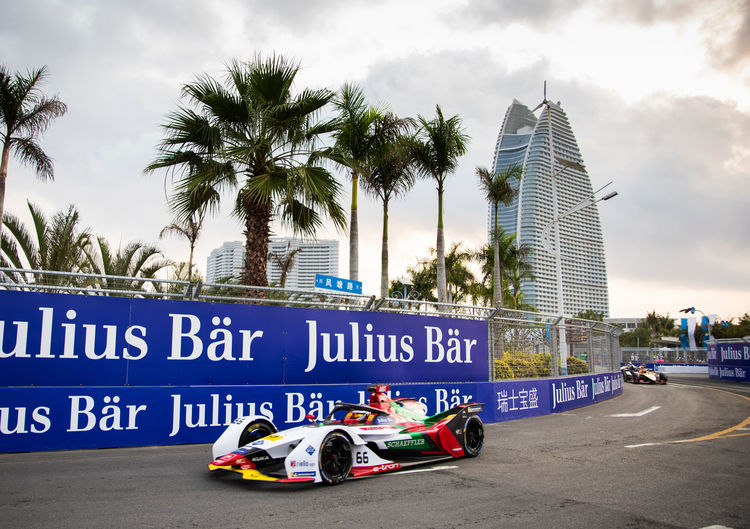 Audi driver Daniel Abt also scored points in the sixth E-Prix of the season. As a result of his fifth place in Sanya (China), Audi Sport ABT Schaeffler made up further ground in the teams’ classification of the ABB FIA Formula E Championship. Before the European season of Formula E starts in Rome (Italy) on April 13, the title defenders are only one point behind the front runners.

In conditions of high temperatures and extreme humidity, the final stage of the first E-Prix, held in the tourist resort on the Southern Chinese Hainan Island, was particularly action-packed. From fourth on the grid, Daniel Abt was in contention for a podium finish in the group of front runners before the safety car was deployed and the race was red-flagged. “This destroyed the advantage we had achieved at the beginning of the race,” said Abt. “We had good energy management and were in a strong position before the crazy things happened on the track. That’s why I’m not one hundred percent happy. But in Formula E, it’s crucial to score points regularly. I’ve managed that so far in all six races.”

His teammate, Lucas di Grassi, fought back from sixth on the grid in his Audi e-tron FE05 and was directly behind Abt when he was taken out of the race by a collision caused by Sébastien Buemi on the penultimate lap. “That was extremely frustrating, because today we could have taken the championship lead,” said the Brazilian. “Up until that point, it was a great race.”

“Toward the end, some drivers put their elbows out much more than it should be,” said Team Principal Allan McNish. “This put Lucas completely out of the race and Daniel was muscled out of the way. The result is a bit disappointing for us, because we had the performance, the drivers and the strategy for more.”

Audi’s customer team Envision Virgin Racing went home from Sanya without any points. Sam Bird and Robin Frijns both retired due to collisions.