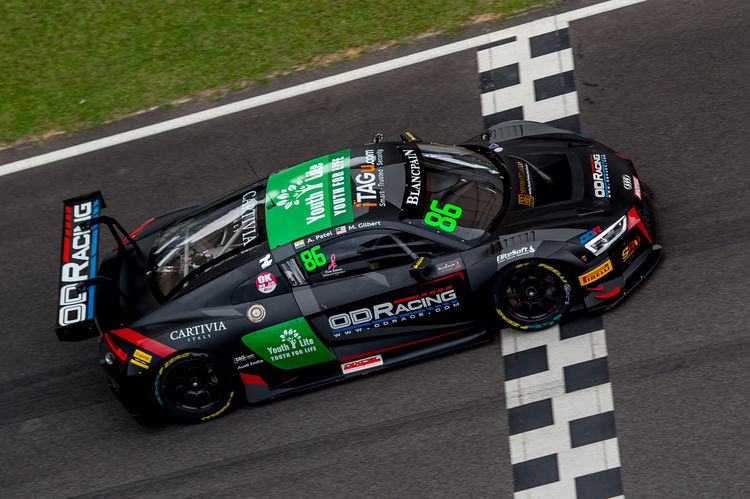 The Audi customer teams celebrated a successful weekend in international GT racing, plus a podium result in a TCR ranking.

Historic first victory: Two Audi drivers won the first race of the new Blancpain GT Series Asia in Malaysia. Starting from pole, Mitch Gilbert and Aditya Patel prevailed in the first race in Sepang. They shared an Audi R8 LMS from the OD Racing team. In the second race they finished second in front of the Audi R8 LMS from Audi Hong Kong, in which Marchy Lee and Shaun Thong shared a cockpit. Gilbert/Patel lead by 13 points after of the first of six race weekends.

Three victories in Hockenheim: The DMV GTC opener was a complete success for the Audi drivers. Aust Motorsport won both individual races in the Audi R8 LMS with local hero Markus Pommer from Neckarsulm. The third place finishes of “Ronny C'Rock” from Team Land-Motorsport in the first race and Tommy Tulpe in the second round completed the podium haul. In the Dunlop 60 competition at the same race weekend, an Audi team also prevailed with the driver duo Tommy Tulpe/Fabian Plentz from HCB-Rutronik Racing.

Nico Müller/Marcel Fässler/Robin Frijns were on the podium in the second weekend of the VLN Endurance Championship Nürburgring. In the Audi R8 LMS of the Audi Sport Team WRT, they took third after four hours of racing time, beaten to first by only 7.4 seconds.

Racing for a good cause: The HCB-Rutronik Racing team will contest the new season of the DMV GTC and Dunlop 60 series with a strikingly liveried Audi R8 LMS in 2017. The “Distribution Art Car” combines art, electronics and motorsport for a good cause. The photos of individual donors as well as the logos of 22 companies involved in the electronics sector are the basis for a special racing car design. Thomas Rudel’s team donated the proceeds of the design campaign to the German Federal Association for Children with Heart Disease. In addition, 25 children with heart disease will experience the races at the Hockenheimring and the Nürburgring live on site, whilst being given a look round the pits as well as a chance to sit in an example of the Audi R8 LMS.

Everything begins in earnerst for the first time on April 12: the juniors in the Audi Sport TT Cup will have to show what they’ve learned so far in Hockenheim. At an instructional event at the Baden circuit, they will get to know their cars in typical racing situations. Throughout the day they will practice procedures like race starts and safety car phases, before they fight for points and trophies for the first time at the season opener in Hockenheim from May 5–7.