Skip to content
We are using cookies for a better user experience.
11/18/19
Neuburg a. d. Donau
Sports 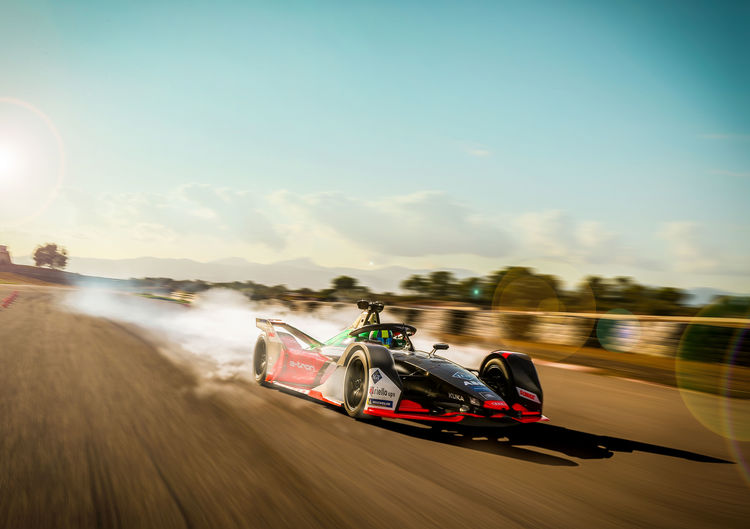 The new Formula E season kicks off with a double-header: On Friday and Saturday, the all-electric series will hold the first two in a total of 14 races this season on the outskirts of Riyadh. Daniel Abt and Lucas di Grassi from the Audi Sport ABT Schaeffler team are the most successful pairing in the field and will be embarking on the world tour of five continents with their Audi e-tron FE06 as the challenger.

With twelve teams, 24 drivers and ten manufacturers in total – including the four German premium brands, Audi, BMW, Mercedes and Porsche – fans can expect to see what will arguably be the most thrilling season of all time. As a Formula E founding member, Audi Sport ABT Schaeffler is taking on its old and new rivals with a proven squad: Daniel Abt and Lucas di Grassi who are the only duo to have contested all of the Formula E races together in one team and are now entering their sixth season together. “This consistency and the collaboration within our well-gelled team are one of our great strengths in such a dynamic and lively championship as Formula E,” says Team Principal Allan McNish.

In 2017, Audi was the first German automobile manufacturer to enter Formula E with a factory-backed commitment and got off to a dream start of the company’s all-electric motorsport era by winning the teams’ classification and finishing runner up in the drivers’ championship in its first year. Following a very close runner-up finish in the fifth season, Audi Sport ABT Schaeffler is now entering the season’s 14 races as the challenger, and sets equally clear and ambitious goals: “Our team has been part of the Formula E family from the very first minute and shows an impressive track record. Now it’s great to see more and more brands following, because the competition both on and off the track is part of Audi’s DNA,” says Allan McNish. “At the beginning of the new season, everyone is starting from scratch, but our goals are the same as always: we intend to battle for the titles in the drivers’ and teams’ championships at the final races in London.”

The Formula E commitment is a perfect fit for Audi’s “Roadmap E” for the road: By 2025, the brand is planning the market launch of more than 30 electrified models, most of them with all-electric drive. In 2018, the Audi e-tron marked the beginning, followed by the Sportback version and, in 2020, the e-tron GT as its spectacular sporting counterpart.

“Fans can look forward to a super-thrilling season. We have two new manufacturers – Mercedes and Porsche – that will immediately be in contention, plus 24 absolute top-class drivers,” says Lucas di Grassi. “It’s great to see Formula E becoming increasingly professional and exciting. But this also makes it more difficult for all of us to win races or to even consistently clinch good results. We’ve prepared ourselves as best we can and are ready to race.”

His teammate, Daniel Abt is certain: “One thing is clear: this will be the hardest-fought season in Formula E history. I know that’s what we say before each season – and so far it’s always turned out to be true. We realize that the guys from Mercedes and Porsche aren’t here just for fun – but neither are we. We’ve seen a lot in Formula E in recent years and are now going to give our all to finish at the very top again. Everyone in our team is looking forward to the challenges of the upcoming months.”

The 2.494-kilometer track in Diriyah will again be the venue of the season opener. The suburb north-west of the capital city of Riyadh is regarded as one of Saudi Arabia’s cultural centers and an origin of the kingdom. The fans will get to witness two full race days with free practice, qualifying and the race held within the space of a few hours on Friday and Saturday – one of the many unique features of Formula E. Last year, Daniel Abt and Lucas di Grassi began the season with an eighth and a ninth position.

The races in Diriyah on Friday and Saturday will start at 3 PM local time (1 PM CET) and, as usual, last for 45 minutes, plus one lap. As always, Eurosport will air live coverage. All of the international channels including the broadcast schedule can be found online at www.fiaformulae.com.

In addition to the Audi Sport ABT Schaeffler factory team, the Envision Virgin Racing customer team will go on the hunt for points with the e-tron FE06 that has been jointly developed by Audi and its technology partner Schaeffler. A new face in the Audi Formula E family is Mattia Drudi. The 21-year-old Audi Sport driver has been a member of the Audi Sport customer racing driver lineup since February 2019 and competed in an Audi R8 LMS in the 24 Hours of Spa, among other events. Drudi supported the two regular drivers, Daniel Abt and Lucas di Grassi, during pre-season preparations in simulator work, and in the next few months will increasingly be involved in the Formula E commitment as the official simulator driver.