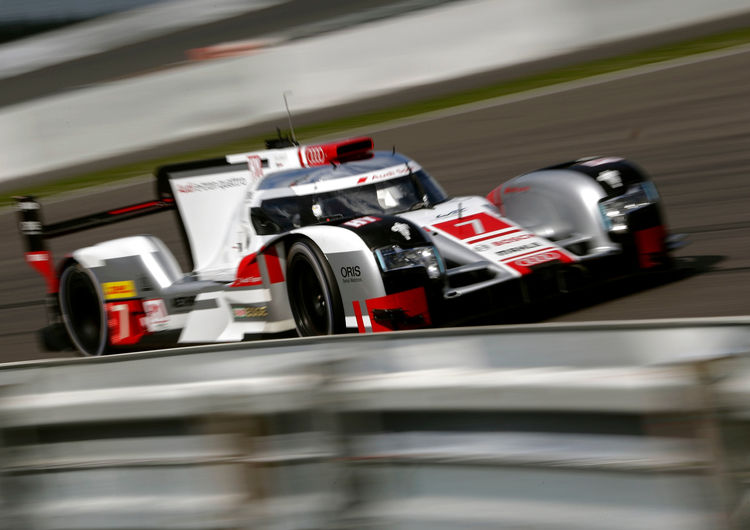 Since April, they have been the front runners: Marcel Fässler/André Lotterer/Benoît Tréluyer (CH/D/F) will start the second half of the FIA World Endurance Championship (WEC) season with Audi as the leaders of the standings. At Austin in the U.S. state of Texas, Audi is aiming to continue its string of success in the United States.

The round in the U.S. is of major importance to Audi. The American audience loves sports car races and with nine sports car title wins in succession since the 2000 season, Audi has a firm place in the heart of the U.S. racing community. In the country’s automobile market, the four rings are popular as well. In July, demand for the company’s models increased by 20.8 percent and from January to July, growth amounted to 12.4 percent. As a result, Audi’s market share, as in 2014, has again been growing twice as fast as the total U.S. market.

It has been three and a half years since the FIA World Endurance Championship (WEC) held its first event in the United States – at Sebring in March 2012. Since 2013, the newly built circuit at Austin has been the track for the U.S. races on the WEC calendar. So far, Audi has been unbeaten in these North American rounds with the LMP race car. “Obviously, it’s our aim to battle for victory again this time,” says Head of Audi Motorsport Dr. Wolfgang Ullrich. “In the first half of the season, we saw that the efficiency regulations allow for really major development steps. The teams have been getting better and better at tapping this potential. The technological progress has been significant, which leads to shifts from race to race.” After Audi won the first two World Championship rounds in the United Kingdom and Belgium, its rivals have become stronger than before.

“At Austin, a challenging track is awaiting us that every one of our six drivers really likes. We’re hoping to be able to continue the good performance we showed at the beginning of the season,” says Chris Reinke, Head of LMP at Audi Sport. The 20 corners are highly diverse: from the hairpin after the start and finish, to very fluid turns in the section between the first and second track sector, to the relatively slow turns in the third sector. A year ago, Marcel Fässler/André Lotterer/Benoît Tréluyer in the Audi R18 e-tron quattro won a dramatic wet race which race control had to interrupt due to a heavy cloud burst. Currently, the advantage of the three drivers from Audi Sport Team Joest in the drivers’ standings amounts to 17 points. Their teammates Lucas di Grassi/Loïc Duval/Oliver Jarvis (BR/F/GB) most recently demonstrated a strong fighting spirit at the Nürburgring in remarkable maneuvers. In addition, Lucas di Grassi managed to set the best race lap of all Audi drivers there.

This year, fans can again look forward to a thrilling doubleheader at the ‘Circuit of the Americas.’ The 6-hour FIA WEC will start on Saturday, September 19, at 17.00, local time. Two and a half hours into the race, sunset will be making for exciting light conditions, turning the event into a night race. Prior to the WEC race, at noon on Saturday, the Tudor United Sportscar Championship will be holding its penultimate race of the season at Austin. In this racing series, a team from Audi Sport customer racing will be battling for the title in the GTD class. The German Christopher Haase and his American teammate Dion von Moltke in the Audi R8 LMS of Team Paul Miller Racing are in third place of the standings – with a deficit of only eight points.