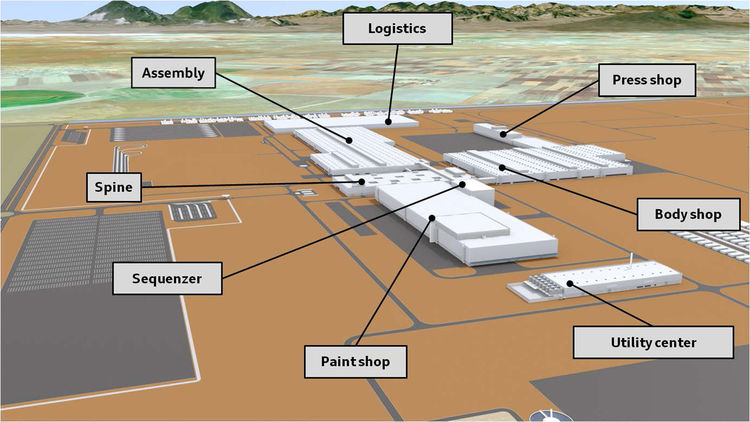 Laying of foundation stone for Audi plant in San José Chiapa, Mexico: Investment of more than € 900 million here in the next two years will result not only in a body shop and assembly line, but also in a press shop. Starting in mid-2016, the successor generation of the successful SUV model, Audi Q5, will drive off the assembly line.
Download PDF (113 KB)
Facebook
Twitter
LinkedIn
WhatsApp

AUDI AG is strengthening its successful growth path in the North American market with a new plant in San José Chiapa, Mexico. With today’s laying of the foundation stone in the federal state of Puebla, the official starting signal has been given for construction work on Audi’s first own car factory on the North American continent. Investment of more than € 900 million here in the next two years will result not only in a body shop, paint shop and assembly line, but also in a new press shop. Starting in mid-2016, the successor generation of the successful SUV model, Audi Q5, will drive off the assembly lines.

“With the production of one of our most successful models here in Mexico, we will give significant impetus to our global growth and supply the extremely popular Audi Q5 from here to the world market,” states Rupert Stadler, Chairman of the Board of Management of AUDI AG. Together with his Board of Management colleagues Frank Dreves, Bernd Martens and Thomas Sigi, the Mexican Economics Minister, Ildefonso Guajardo Villarreal, the Governor of the Federal State of Puebla, Rafael Moreno Valle, and the Mayor of San José Chiapa, Filogonio Vargas Torres, he gave the official starting signal at noon today for the construction work. “By setting up a new car plant in North America, we are establishing a presence on another continent that is very important to us. In this way, we are strengthening our international competitiveness and consistently pursuing the Audi growth strategy.”

With this new plant at an altitude of 2,400 meters above sea level on the Central Mexican Plateau, Audi is not only building its highest factory, but also the most modern factory in the global Audi production network. On an area of 400 hectares, as big as 400 soccer fields, a highly efficient manufacturing and logistics facility will be built by mid-2016 with an annual production capacity of up to 150,000 units. In addition, the brand with the four rings will create 3,800 direct jobs. The employment effect for the overall region should add up to 20,000 jobs. “Our seal of quality is ‘made by Audi.’ This promise applies worldwide, irrespective of where an Audi is built,” emphasizes Stadler. With a training center for the dual system of occupational training in theory and practice, Audi’s standards for professional qualification will play an important role.

Audi has found an ideal environment in Mexico for the establishment of a new plant to produce SUVs, with which Audi will primarily strengthen its position in the North American market. As a bridge between the North and South American continents, the emerging economy with a large number of international free-trade agreements offers the best tax and financial conditions, a well-developed infrastructure and the high potential of well-educated employees. “With Mexico, Audi has made the best choice to help it develop and secure its growth,” points out Mexican Economics Minister Ildefonso Guajardo Villarreal. And Rafael Moreno Valle, Governor of the state of Puebla, stated: “Our country and the new Audi location in San José Chiapa in Puebla offer the best conditions for the successful development of the entire American market. We are proud that with Audi México, the first international premium manufacturer in the automotive industry is at home in our federal state.”

Mexico and Puebla expect the construction of the new Audi plant to result in substantial follow-up investment. With a large supplier congress parallel to foundation-stone ceremony, Audi started a campaign in Puebla at the weekend to attract key suppliers to the area. 150 internationally active companies are participating.