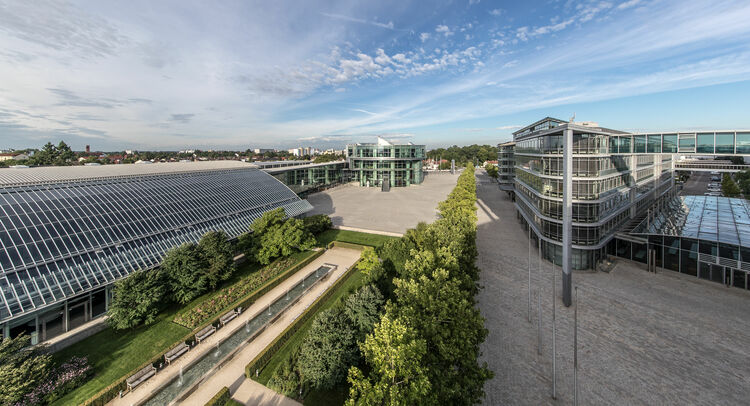 The third quarter of this year featured numerous adverse factors for the Audi Group: As expected, restrictions in the sales portfolio caused by the changeover to WLTP had an increasingly negative effect. At the same time, the densely packed program of phase-outs and ramp-ups in connection with the broadest model initiative in Audi’s history reached its peak with high ramp-up costs in the second half of the year. As a result of an administrative order issued by the Munich II Public Prosecutor’s Office imposing a fine in connection with the diesel issue, AUDI AG reports special items of €800 million at the end of the third quarter. At €44.3 billion, the Audi Group’s revenue for the period from January through September reached the previous year’s level. After special items, operating profit for the first nine months amounted to €2.9 billion; adjusted for special items, it was €3.7 billion and thus moderately below the prior-year figure. This results in an operating return on sales before special items of 8.3 percent. The successful joint venture business in China is not included in this figure and is shown in the significantly increased financial result.

“The current situation is an enormous challenge for Audi. We are resolutely tackling the numerous negative factors and systematically counteracting them,” says Bram Schot, temporary Chairman of the Board of Management of AUDI AG. “We are working hard to ensure that we can put further model variants back into the range so that we can offer our customers an appropriate lineup in all model series again by the end of the year. In addition, our model initiative will now successively reach the showrooms in more and more markets. We therefore expect that the current fluctuations in our business will noticeably balance out again as of November.”

As announced, the changeover to the WLTP standard in particular led to significant fluctuations in the key figures of the Audi Group. These fluctuations will at first decrease again with regard to production volumes. With regard to deliveries, available stocks deliberately built up in the first half of the year initially led to high growth rates in July and August, before sharp declines started in September as a result of restrictions in the sales portfolio. This applies primarily to Europe, the sales region with the highest volume for AUDI AG. The company delivered 1,407,718 Audi brand cars worldwide in the first three quarters of this year (2017: 1,380,463). While sales in Europe declined, Asia-Pacific and North America reported positive volume developments.

“We can master this exceptional phase entrepreneurially because Audi has a strong, resilient financial base,” says Alexander Seitz, Member of the Board of Management of AUDI AG for Finance, China, Compliance and Integrity. “The Audi Transformation Plan is also taking effect: We anticipate positive earnings effects of €1 billion already in its start-up year. This means that our cash generation remains strong even in challenging times. We continue to finance the massive upfront expenditure for our future course from our own resources.”

At €44,257 million, the Audi Group's revenue for the period from January through September was at the prior-year level (2017: €44,028 million). Before special items, operating profit of €3,671 million was moderately down on the previous year (2017: €3,941 million); operating return on sales before special items was 8.3 percent (2017: 9.0 percent). The effects of the changeover to WLTP in particular had a negative impact on operating profit. On the other hand, there were positive effects from the gradual launch of the new Q5 generation in major markets and the start of the new Q8, as well as from the company’s currency management.

The fine of €800 million imposed on October 16, 2018 by the Munich II Public Prosecutor’s Office concluding regulatory offences proceedings related to the diesel issue affected earnings in the third quarter. After these negative special items, operating profit for the first three quarters decreased to €2,871 million and the corresponding operating return on sales was 6.5 percent.

Profit before tax for the Audi Group amounted to €3,458 million (2017: €3,974 million) for the first three quarters of this year. This figure, which was impacted by the negative special items, includes the significantly increased financial result: In the first nine months of the year, it rose to €586 million (2017: €33 million), partly as a result of the successful business in China.

Net cash flow of €3,116 million for the first three quarters was also significantly higher than in the previous year (2017: €2,552 million). At times of high advance expenditures for new models, technologies and production facilities, the tighter spending and investment discipline as part of the Audi Transformation Plan had a positive effect. Improved working-capital management and lower cash outflows resulting from the diesel crisis than in the previous year also contributed to the increase in net cash flow.

On a quarterly basis, the brand with the Four Rings delivered 458,448 cars from July through September, fewer than in the previous year (2017: 471,780). Revenue decreased to €13,074 million (2017: €14,017). Operating profit before special items of €910 million (2017: €1,261 million) also reflects the burden from the WLTP changeover, which was especially pronounced in the third quarter. The operating return on sales before special items was 7.0 percent (2017: 9.0 percent). After the negative special items resulting from the fine imposed by the Munich II Public Prosecutor's Office, operating profit for the third quarter was €110 million and the respective operating return on sales was 0.8 percent.

In the current second half of the year, the densely packed program of phase-outs and ramp-ups in connection with the most comprehensive model initiative in Audi’s history has reached its peak. This involves high ramp-up expenses. Audi will launch a total of more than 20 new or updated models in 2018. Following the launch of the Audi Q8 and the new A6 in the first markets in the third quarter, new generations of further core model series will follow by the end of the year: the Q3 and A1 in the compact segment. The long-wheelbase Audi Q2 will be available at dealerships exclusively in China, and the new A8 and new A7 will go on sale for the first time in important Asian and North American markets. The response to the Audi e-tron presented in mid-September has also been very positive: Even before its market launch, more than 17,000 pre-reservations have already been received for the first all-electric Audi SUV.

For full-year 2018, the Audi Group currently still expects Audi brand deliveries at almost the same level as last year despite the considerable fluctuations during the year. On October 16, 2018, the company announced that it would significantly undercut major financial key performance indicators forecasted for the fiscal year 2018, with consideration of the impact of the special items resulting from the fine imposed by the Munich II Public Prosecutor’s Office. This applies to operating profit, operating return on sales, return on investment and net cash flow. In its Annual Report, the Audi Group had forecast an operating return on sales within the strategic target corridor of eight to ten percent for the year 2018.