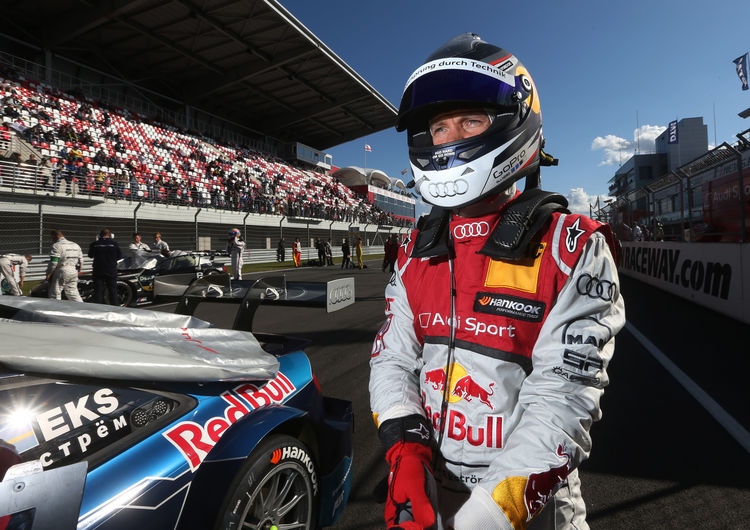 Audi is currently ranking at the top of the standings in all three DTM classifications. In the rounds at Moscow Raceway this weekend, the brand is primarily aiming to extend this advantage. Audi, BMW and Mercedes have each decided the previous six DTM races near the Russian capital in their favor on two occasions.

Mattias Ekström is traveling to Russia as the leader of the DTM drivers’ classification. For the first time since summer 2015, the Swede is leading the DTM standings again. After having won the FIA World Rallycross Championship last year, the Audi campaigner continues to have good chances of winning his third DTM title this season. “The best are still close together and there are no clear favorites yet,” says the 2004 and 2007 DTM Champion. “From now on, the circle of candidates for the title will be getting smaller with each race and I’m hoping to be part of it up until the end.”

Moscow Raceway, located some 100 kilometers west of the Russian capital, suits the Swede from Audi Sport Team Abt Sportsline well. The six DTM races held there to date have seen Ekström on podium three times and scoring no points only once. In 2015, he had a spectacular collision with BMW driver Timo Glock in Saturday’s race. His crew repaired the car overnight. The reward at that time: third place on Sunday and the lead of the standings for Ekström.

Following Mike Rockenfeller’s serious accident at the Norisring, Audi Sport Team Phoenix had a heavy workload in the past two weeks as well. Because his Audi RS 5 DTM in a collision with the car of Mercedes driver Gary Paffett was subjected to a load of 35 g and heavily damaged in the process, the squad has completely rebuilt the race car on another monocoque to be on the safe side. Last Tuesday, (July 11), the Dutchman Nyck de Vries (22) performed the rollout before the car was precisely measured and subsequently embarked on the roughly 2,400-kilometer trip to Russia by truck.

Rockenfeller sustained a fracture of his left metarsal bone in the accident, but is on the road to recovery. If, contrary to expectations, he should not be able to race this weekend, youngster de Vries as a reserve driver will be ready to stand in for him again in Moscow. “I like the track and want to race at all costs, otherwise the championship will be over for me,” says “Rocky,” who has been taking care of his foot, regularly going to physiotherapy, and has had a special bandage to be worn with the left racing shoe made by an orthopedist. Rockenfeller: “With this bandage it should work. I not only want to race in Moscow, but win there for the third time as well.”

In 2013 and 2015, Rockenfeller clinched Audi’s only victories at Moscow Raceway to date. “That makes it all the more important for us to have Rocky with us there,” says Head of Audi Motorsport Dieter Gass. “Last year, Moscow was not a good weekend for us. We’d like to change that. The tires are going to play a greater role than they did most recently at the Lausitzring and the Norisring. In 2013, Mike won in Moscow while running on the option tires used back then. We’re well set in that respect.”

Race nine of the DTM season will start on Saturday, July 22, at 3:40 PM local time, the first race of the second half of the season on Sunday, July 23, at 2:45 PM. ARD will be airing live coverage on both days on “das Erste” (Saturday beginning at 2:30 PM CEST and Sunday beginning at 1:30 PM CEST).

#DTMMoscow: Did you know that …

… Loïc Duval in 2015 raced in the heart of Moscow in Formula E and found Red Square particularly impressive?

… René Rast has never been to Russia and, like Loïc Duval, only knows Moscow Raceway from the simulator?

… Nico Müller in 2014 was the fastest Audi driver in qualifying at Moscow Raceway and, having clinched P3 on the grid, took part in a DTM press conference for the first time in his career on that occasion?

… flattening of the rear wing angle by DRS (Drag Reduction System) at the end of the long straight in front of the final turn at Moscow Raceway yields an advantage of about 15 km/h?