Skip to content
We are using cookies for a better user experience.
11/26/18
Neuburg a. d. Donau
Sports 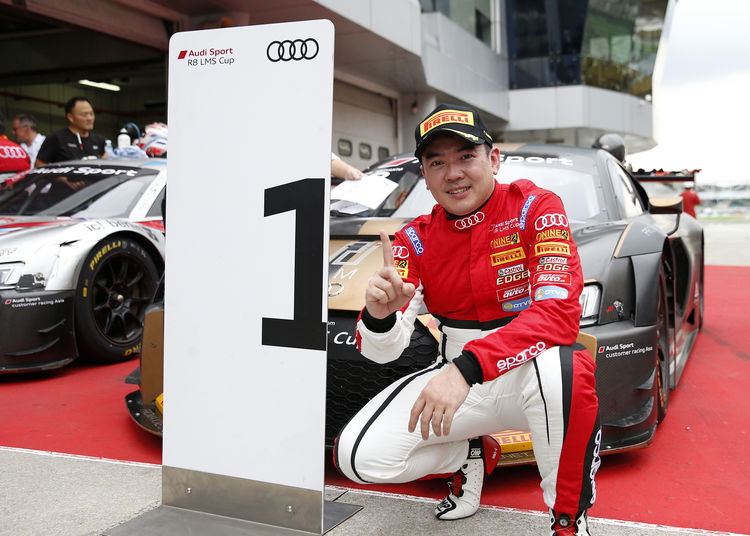 With gripping motorsport and a thrilling title decision the Audi Sport R8 LMS Cup entered its winter break. In New Zealand and Australia, the customers of Audi Sport customer racing had reason to celebrate as well.

Open finale at Sepang: The finale of the Audi Sport R8 LMS Cup’s seventh running could hardly have been topped in terms of suspense. Thai Bhurit Bhirombhakdi, who had traveled to Malaysia as the leader of the standings after having clinched four victories this season, lost the title by a whisker to Andrew Haryanto at Sepang. In the first of two races, Bhirombhakdi forfeited his pole position right at the start and had to let four rivals pass, including Haryanto. In this night race under floodlights, Haryanto showed an impressive pace, overtook the drivers in front of him and celebrated his second victory this season with a more than twelve-second advantage, trailed by Yasser Shahin and Bhurit Bhirombhakdi. As a result, he closed the gap to the leader of the standings except for two points. In the final race, the Indonesian, in spite of 30 kilograms of ballast weight added due to his previous success, from third position again advanced to the front of the field. In a direct duel with Haryanto, his rival for the title, Bhirombhakdi, spun in a slight off-track excursion. Consequently, Haryanto from the ProMax team won the race and the title, trailed by Bhirombhakdi. Third place at Sepang went to Jeffrey Lee. Due to their successes this season, these three drivers plus the Australian Yasser Shahin secured a shared cockpit in an Audi R8 LMS for the 2019 Spa 24 Hours. As part of the event’s program, Audi Sport customer racing Asia presented the evolution of the Audi R8 LMS GT3 that will be eligibe to race in the Audi Sport R8 LMS Cup as well starting next season. On the three days following the finale, customers had the opportunity to test the race car at Sepang for the first time.

Another success in New Zealand: After Team International Motorsport had previously won the South Island Endurance Series in New Zealand with Neil Foster, the tradition-steeped squad prevailed in the competition between the two islands as well. For the three-hour race of the New Zealand Endurance Championship on the circuit at Highlands, the 20 best teams, respectively, from the northern and southern parts of the island state had been invited. Gentleman driver Neil Foster and his fellow New Zealander Jonny Reid won the endurance race in an Audi R8 LMS after 96 laps with a ten-second advantage.

Honors in London: Stéphane Ratel Organisation (SRO) recognized the winners of its series at an evening gala in London. Several trophies presented at the event went to Audi Sport: Chris Reinke, Head of Audi Sport customer racing, received the award for the third consecutive manufacturers’ title in the Intercontinental GT Challenge. Audi Sport driver Markus Winkelhock, who won the Pro-Am classification of the Blancpain GT Series with Nyls Stievenart, was on stage with Frédéric Thalamy, the team manager of Saintéloc Racing. The best pit stops were performed by Belgian Audi Club Team WRT. Pierre-Emmanuel Cary and Cédric Darimont received a cash prize.

Presentation in Australia: The TCR Australia, starting in 2019, will provide the fifth continent with a TCR racing series for the first time. Melbourne Performance Centre (MPC) that has been locally supporting the customers of Audi Sport customer racing in GT3 for years will be the service partner in the TCR program as well. On the occasion of the series’ presentation in Sydney, MPC introduced the Audi RS 3 LMS to interested teams. Subsequently, the touring car was displayed at a Phillip Island racing event and did a number of demo laps there. To date, Audi Sport customer racing has produced 160 Audi RS 3 LMS cars for worldwide racing commitments. Since 2017, the front-wheel drive touring car has won six overall drivers’ titles and been involved in 16 further class titles.