Achille Varzi would have been 100 on August 4th

{{ activeItem() }}
Twitter
01/27/22
Attention EV drivers, how deep is your knowledge about caring for your e-car in winter? If you like to drive your e… https://t.co/oEVpZaA2ZR
01/27/22
Progress in play. With a fully converted Audi Q8 equipped with automated technology, Audi has begun testing driverl… https://t.co/cf5mohhmH3
01/26/22
Autonomous driving – a key technology. Experts from legal, ethical and societal dimensions support a holistic debat… https://t.co/uraAisi4ei
01/26/22
Automated and Autonomous driving – the difference? In a recent article titled “Time for new experiences”, three exp… https://t.co/jA7tqYXc0T
Audi on Twitter
YouTube
01/18/22 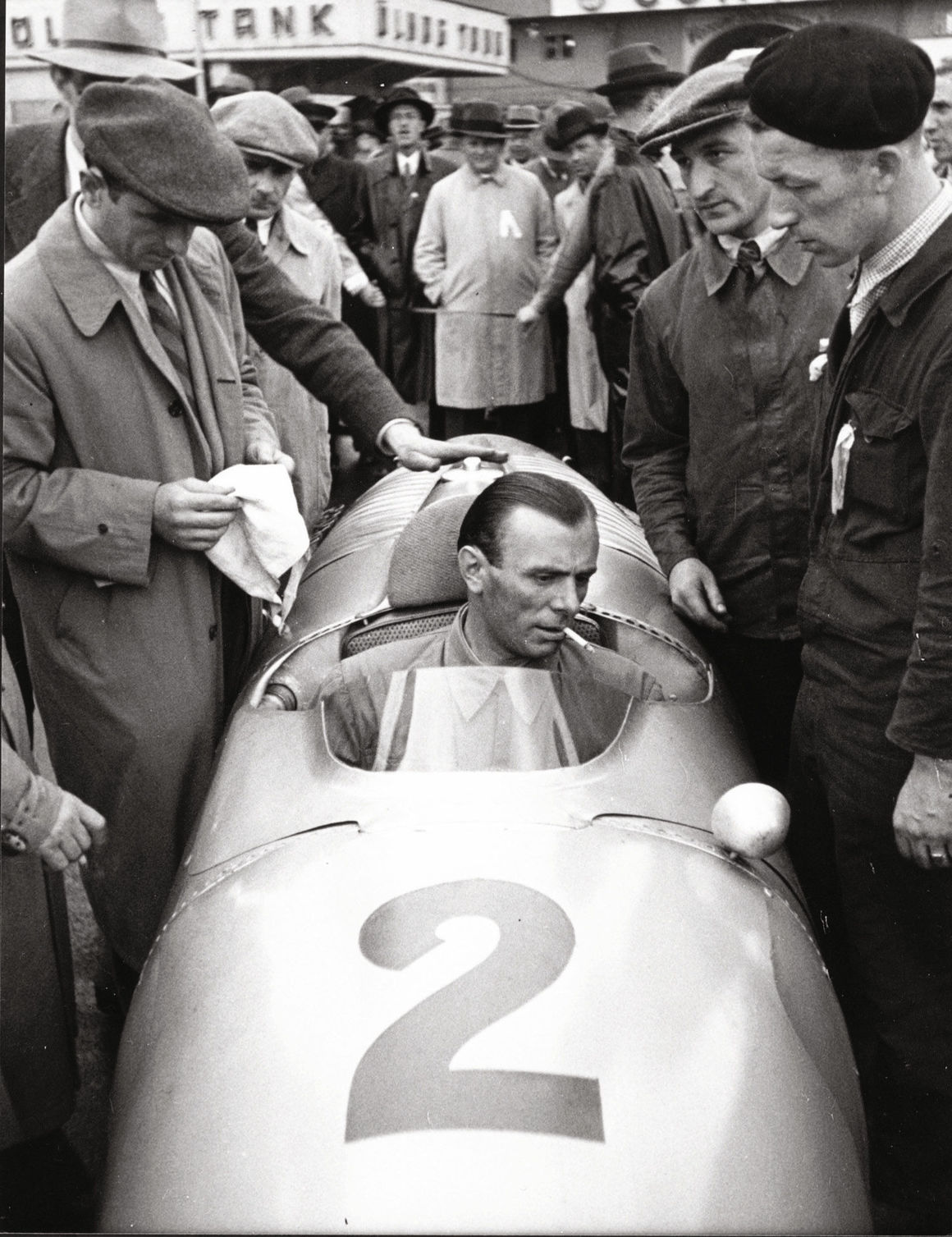 Former Auto Union racing driver Achille Varzi would have turned 100 on August 4th. The Italian was one of the world’s best drivers until the mid-1930s and was considered in his home country to rival the legendary Tazio Nuvolari on equal terms. In the course of an exceptional career, Varzi won 28 Grand Prix events in eleven years including the most difficult races, and was admired for his sober, efficient driving style. Achille Varzi was a member of the Auto Union team from 1935 to 1937. He won the Tunis Grand Prix and the Coppa Acerbo in cars bearing the four-ring badge in 1935, and the Tripoli Grand Prix in 1936.

As an Auto Union works driver, Varzi found himself overshadowed by his young team-mate Bernd Rosemeyer, whereupon his own results tended to suffer. However, Varzi, who came from a wealthy family living in Galliate near Milan, managed a comeback after the war. He began his career as a racing motorcyclist, became Italian champion several times, won races in Alfa Romeo, Maserati, Bugatti and Auto Union cars and was victorious in several major races at the wheel of an Alfa Romeo in 1946 and 1947. Fate was unkind to him: on July 1st, 1948, Achille Varzi met with a fatal accident during practice for the Swiss Grand Prix on the Bremgarten track near Berne.

The four rings of the Audi badge symbolise the brands Audi, DKW, Horch and Wanderer, which were later combined under the umbrella of Auto Union. Auto Union and NSU, which merged in 1969, made many significant contributions towards the development of the car. AUDI AG was formed from Audi NSU Auto Union AG in 1985. Together with the two traditional companies Auto Union GmbH and NSU GmbH, Audi Tradition nurtures and presents the deep and diverse history of Audi. The Audi museum mobile at the Audi Forum Ingolstadt is open from Monday to Sunday, from 9 a.m. to 6 p.m.

You can find Audi Tradition on the Internet at http://www.audi.com/tradition