Skip to content
We are using cookies for a better user experience.
02/28/19
Neuburg a. d. Donau
Sport 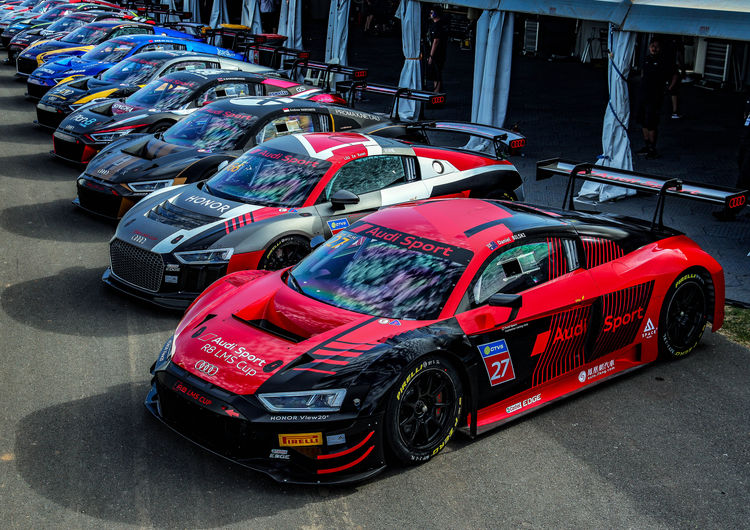 The Asian Audi Sport R8 LMS Cup is starting its eighth season with an attractive events calendar in 2019. New incentives are complementing the diversified promotion program that in recent years helped many drivers make the leap into international racing.

Since 2018, privateer drivers have exclusively been racing in the Audi Sport R8 LMS Cup and enjoying special support. A comprehensive driver development program helps them improve their driving and technical skills during every race weekend. As part of a mentoring program, professional race drivers are involved in training the participants, setting reference laps on every race track and instructing the drivers by means of video and data analysis. “Audi Sport customer racing Asia has systematically been developing the one-make cup for many years in a way that has set standards in Asia,” says Chris Reinke, Head of Audi Sport customer racing.

In the 2019 season, the one-make cup provides a new incentive for GT3 rookies. “The new Audi Sport R8 LMS Cup Challenger Trophy complements our efficient driver development activities that define our one-make cup,” says Martin Kühl, Director of Audi Sport customer racing Asia. Only drivers promoted from lower categories with little experience in GT3 sports cars score points for this trophy. At the end of the year, the three best participants in this classification, who competed in at least three full race weekends, can look forward to receiving vouchers for spare parts packages worth 15,000, 10,000 and 5,000 euros. In addition, these drivers score points in the GT3 overall classification of the one-make cup. The overall winner takes home a special edition of the road-going Audi R8 as a prize. In addition, there is a separate classification for drivers of the Audi R8 LMS GT4.

Last year, four participants won the “Road to Spa” prize: Andrew Haryanto, Bhurit Bhirombhakdi, Yasser Shahin and Jeffrey Lee will contest the 24 Hours of Spa in an Audi R8 LMS, the world’s major GT3 race, on July 27 and 28, 2019. This year, the series continues this idea with a new aim: Three drivers will again be able to win a seat, now for the 10 Hours of Suzuka in 2020. This year’s winner of the GT4 classification will contest the Shanghai SIC endurance race in an Audi R8 LMS GT4, alongside two pros, in 2020.

All of the cup participants will again enjoy comprehensive media coverage this year, including live broadcasts of the races that were watched by a total of 45 million people last year. Naturally, the one-make cup will also be present on social media platforms, which are used by more than 1.2 million subscribers. The attractive calendar this year includes two continents. The season will again open in Australia. 270,000 spectators visited the street circuit in Adelaide last year. Subsequently, two circuits in China – Zhuhai and Shanghai – are on the calendar before the one-make cup will race as part of the supporting program of the 10 Hours of Suzuka in Japan. For the finale, the participants will travel to Sepang in Malaysia.