The Audi A3 Sedan rolls out of the Aurangabad plant 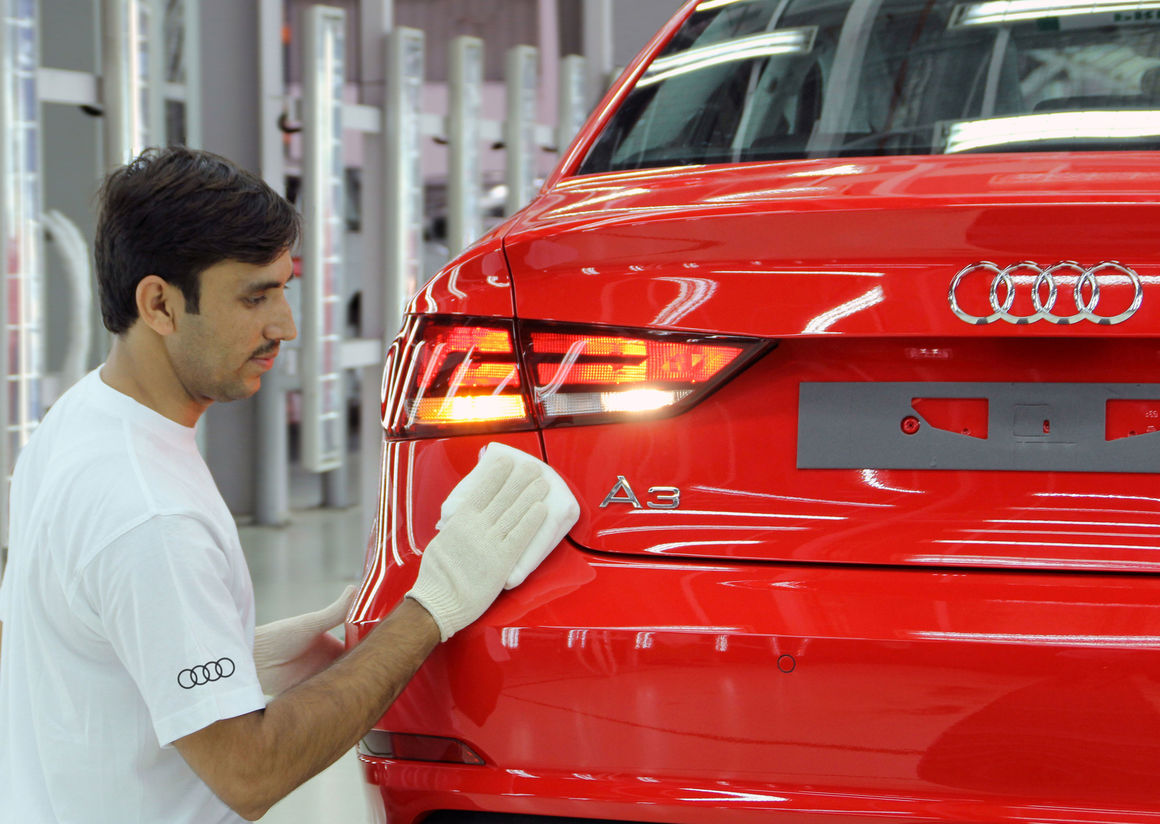