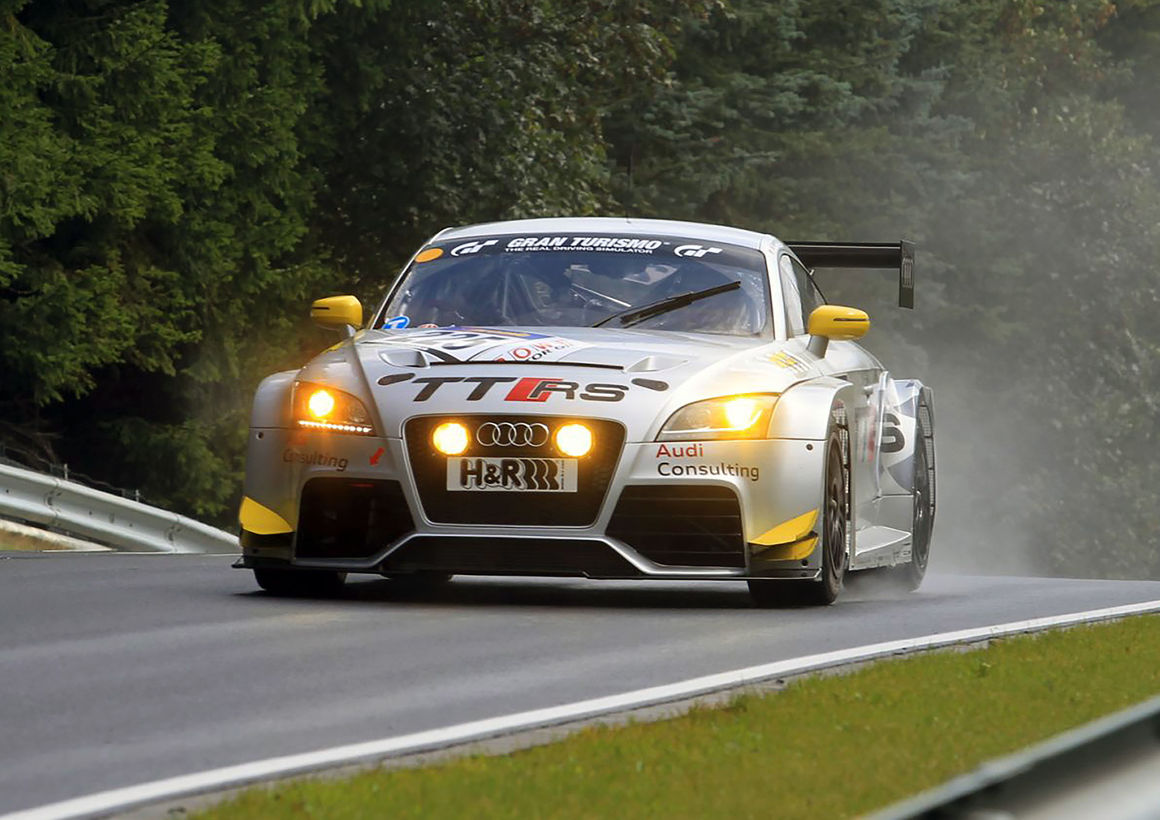 2010: Audi TT RS in races:
In 2010, Audi starts its motorsport activities with the TT RS. The racing car developed for endurance racing is powered by the five-cylinder engine from the production model. Following improvements to the intercooler and exhaust system, the powerplant delivers 280 kW (380 hp) at 5,800 revolutions per minute. The maximum torque of 500 newton meters (368.78 lb-ft) develops at 2,500 rpm. In the VLN Endurance Championship of 2010 and 2011, the frontwheel-drive racing car notches up several victories in the SP4T class up to 2.5 liters’ capacity. In August 2011, it clinches overall victory in the 6-hour race on the Nürburgring. Audi achieves further success with the
TT RS in the 24-hour race in the Eifel in 2011, where it takes class victory.