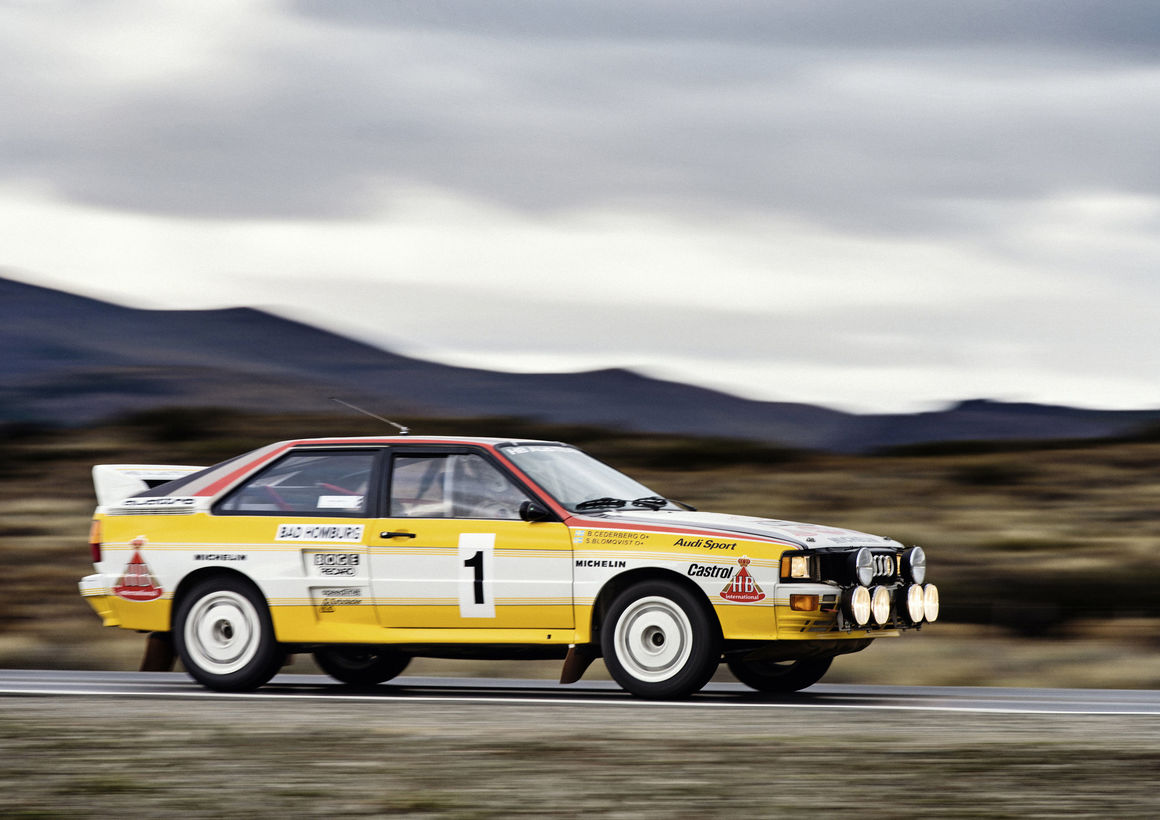 1983: five-cylinder engine triumphant in rallying:
In the 1983 Corsica Rally, Audi competes for the first time with the Audi quattro A2, Group B. Its 2.1-liter turbocharged five-cylinder inline engine produces 265 kW (360 hp) at 6,500 revolutions per minute and delivers 450 newton meters (331.90 lb-ft) of torque at 4,000 rpm. At the end of the season, the Finn Hannu Mikkola wins the drivers’ title in this car. One year later, the Swede Stig Blomqvist replicates this success: he becomes world rally champion, while Audi wins the manufacturers’ world rally championship for the second time after 1982.