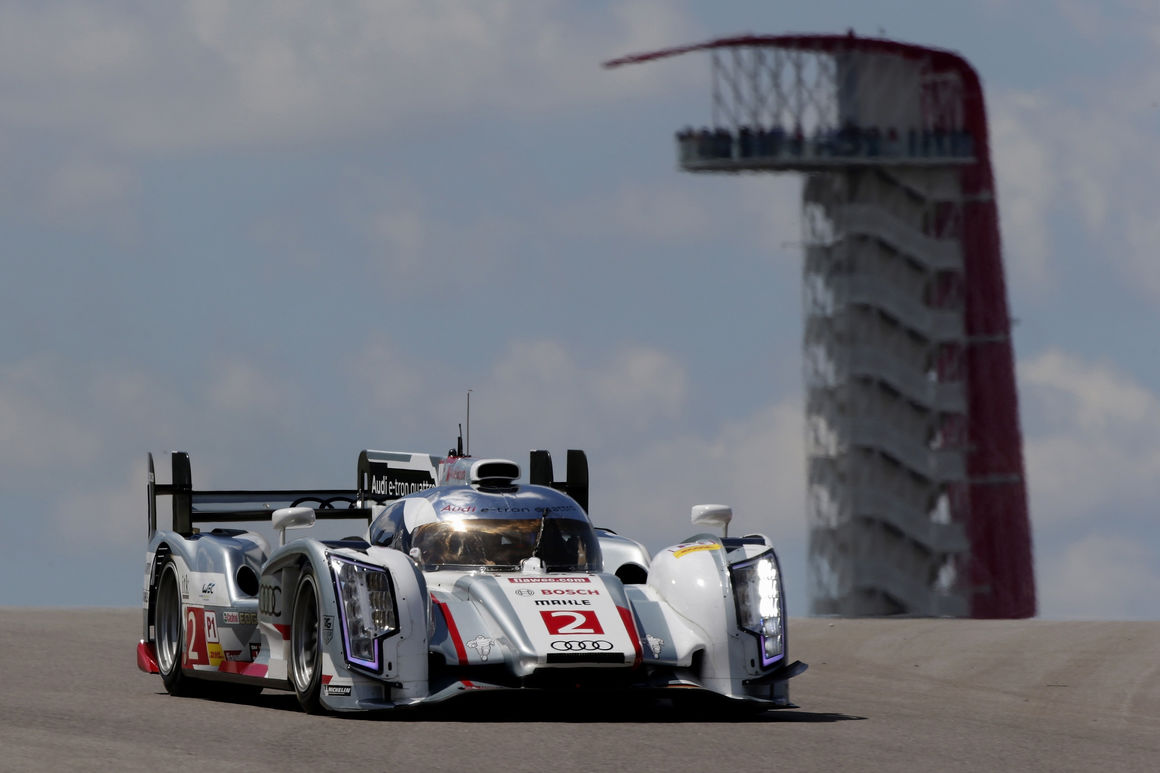 Audi has taken the front positions yet again. On the debut of the FIA World Endurance Championship (WEC) at the “Circuit of the Americas” at Austin, Texas, both Audi R18 e-tron quattro cars of Audi Sport Team Joest captured the front row in the final qualifying session. Thus, an Audi has started from the top spot ever since the second WEC race at Spa.