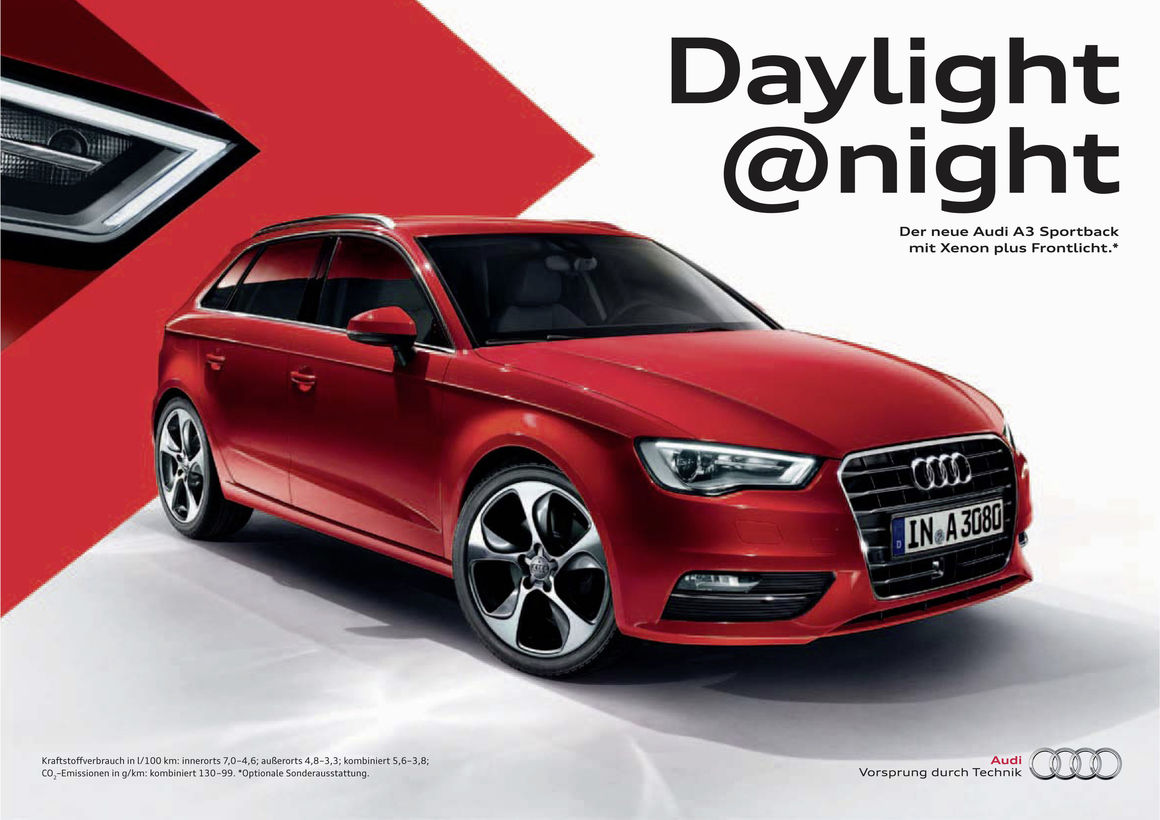 Audi advertising triumphs at Global Effie Awards: in addition to the Gold Global Effie for the “land of quattro” campaign, the advertisement for the launch of the new Audi A3 Sportback* was shortlisted in this year’s competition - singling it out as one of the strongest campaigns worldwide. Launched in early 2013, the campaign featured a TV commercial, print advertisements (picture) as well as its own microsite and was run in 23 countries.