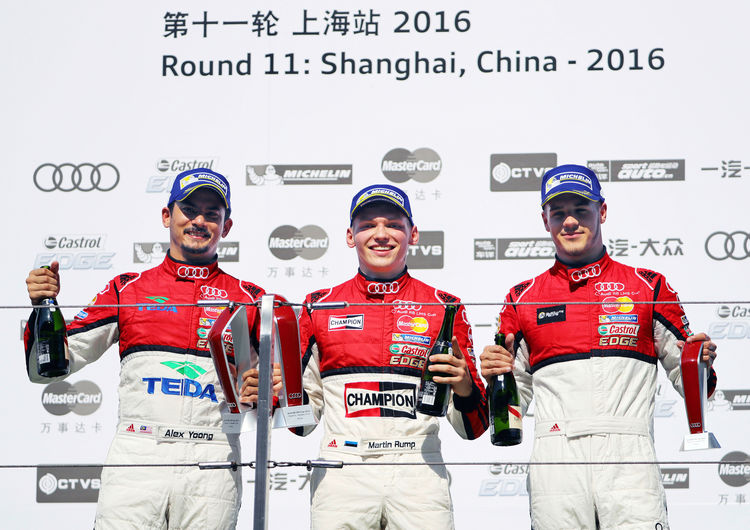 Alex Yoong (Audi TEDA Racing Team) from Malaysia crowned himself Audi R8 LMS Cup Champion for the third time in a row. As a result,  the title in Audi’s first one-make cup went to Phoenix Racing Asia for the first time. The season finale at Shanghai could not have been more dramatic. In the first race, Yoong finished second behind race winner Martin Rump from Estonia and ahead of Belgian Alessio Picariello. At this point, Yoong had a one-point advantage over Picariello in the standings. In the final race, it was once again Rump who emerged victorious, while Yoong retired after a collision with Picariello. The stewards of the meeting retroactively imposed a 30-second penalty against Picariello. Consequently, Picariello slipped out of the points and Yoong won the title.