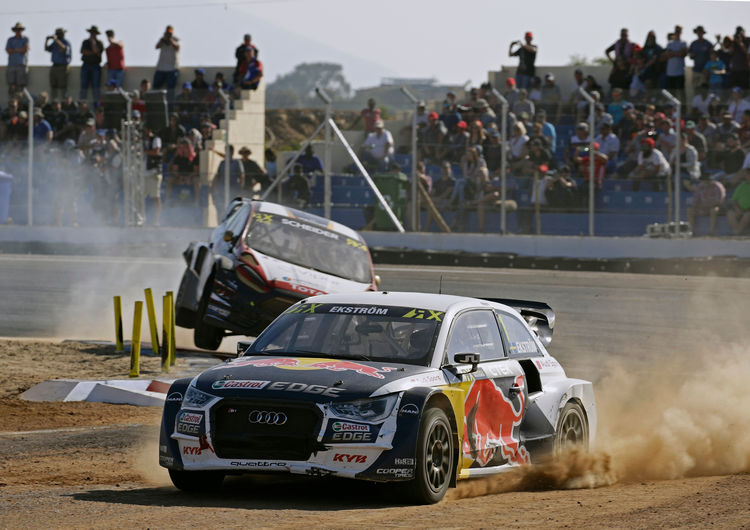 Mattias Ekström has suffered a setback in the battle for the FIA World Championship vice-champion slot in Cape Town. The 2016 Rallycross World Champion was given a five-second time penalty by the stewards after his second race. In the view of the officials, the Swede unfairly touched his former Audi DTM stablemate Timo Scheider. As a result of the decision, Ekström drops from fifth to tenth place in the overall classification after two of four qualifying races. In the battle for the World Championship runner-up slot, the Swede has a slight disadvantage over his rival Petter Solberg. The Norwegian currently holds ninth position. “I had two very tough races, with loads and loads of dust and several exciting overtaking moves,” said Ekström. “The call of the stewards was hard, there were several similar moves that went unpunished.” After a strong second race, team mate Toomas Heikkinen lies sixth and well within grasp of making the final two qualifying races, and can justifiably hope to reach the semi-final for the twelve drivers scoring the most points. In contrast, Reinis Nitišs must go all out to make the cut. After a puncture in his second race, the third EKS driver dropped way down the order and starts the final day of the season in 19th overall. Qualifying 3 starts on Sunday at 09:00 (CET).