Skip to content
We are using cookies for a better user experience.
12/18/17
Neuburg a. d. Donau
Motorsport 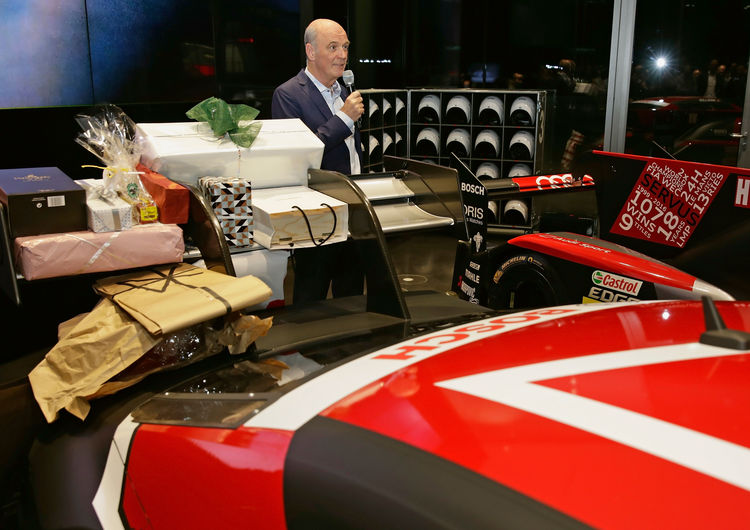 The end of an era: After more than 24 years under the banner of the four rings, Audi’s longstanding head of motorsport, Wolfgang Ullrich, goes into retirement. After having previously turned over his responsibilities to his successor, Dieter Gass, at the beginning of the 2017 season, the 67-year-old was now officially retired. A large farewell party in Neuburg an der Donau on Thursday night was attended by more than 300 former colleagues and associates – including many current and former Audi drivers and the former Chairman of the Board of Management, Franz-Josef Paefgen, who at the end of the 90s had given the green light for Audi’s Le Mans commitment. Under Ullrich’s leadership, Audi won the iconic French endurance race 13 times. Six DTM driver titles and the successful development of Audi’s customer racing program belong to the Ullrich era as well.