Links
{{ activeItem() }}
Twitter
07/03/20
High-resolution photos of @ReneRastRacing testing at the @Lausitzring_de are available in the Audi MediaCenter, pre… https://t.co/WkziEXAyFn
07/03/20
Our second day on track at the @Lausitzring_de. @LucasdiGrassi and @ReneRastRacing getting ready for the triple dou… https://t.co/jGHvsMFxXb
07/02/20
A day filled with work off track for @LucasdiGrassi and @ReneRastRacing. They’ll be back on track in the Audi e-tro… https://t.co/R5Nz2MiFGn
07/01/20
35 days until the #ABBFormulaE season 6 restart in Berlin and we are testing at the @Lausitzring_de:… https://t.co/7z74QDNVtO
Audi Sport on Twitter
{{ activeItem() }}
Facebook
06/30/20
10 races with thrills, spills, banter and more: Looking back on the first season of the RCCO #RaceHome charity racing series with our DTM factory drivers competing for a good cause. #RaceHome #AudiTogether #etron #StayHome #PerformanceIsAnAttitude #RaceAtHome
06/29/20
From the virtual RCCO #RaceHome season finale, to picking up his new ride and racing at the Green Hell – a fun week for Nico Mueller in his latest #DriversDiary. >> audi.com/DTM >> audi.com/GT3 #RaceHome #AudiTogether #etron #StayHome #PerformanceIsAnAttitude #RaceAtHome -------------------- Audi RS 6 Avant: Combined fuel consumption in l/100 km: 11,7 (20.1) – 11,5 (20.5); combined CO2 emissions in g/km: 268 (431.3) – 263 (423.3); Information on fuel consumption and CO2 emissions as well as efficiency classes in ranges depending on the tires and alloy wheel rims used. // www.audi.com/dat
06/25/20
“That was the car I really loved to drive. I felt really confident in the new A4.” Together with Mattias Ekström, we’re looking back on the era of the Audi A4 DTM – the car that scored 5 DTM drivers’ titles for us. >> audi.com/DTM #PerformanceIsAnAttitude #AudiTogether
06/24/20
The first season of the RCCO #RaceHome charity racing series is in the books. Check out our race highlights and broadcast from WeatherTech Raceway Laguna Seca: >> bit.ly/2Vb03ww #RaceHome #AudiTogether #etron #StayHome #PerformanceIsAnAttitude #RaceAtHome
Audi Sport on Facebook 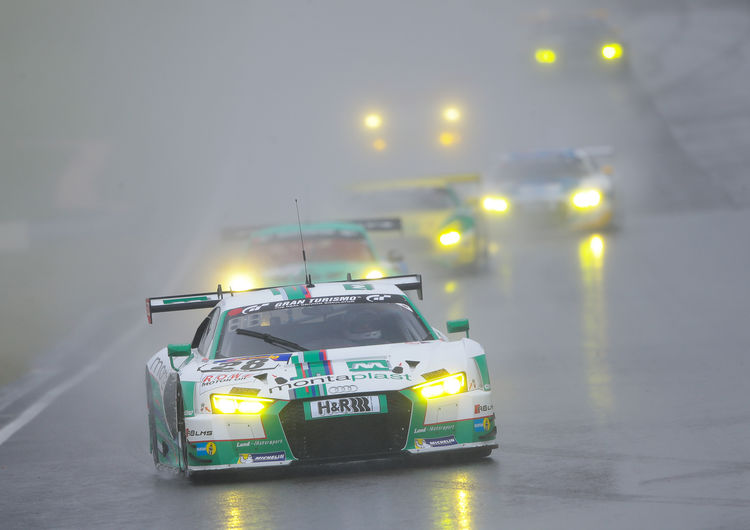 In extremely difficult conditions with fog and heavy rain, Team Montaplast by Land-Motorsport celebrated its 20th victory in the VLN Endurance Championship Nürburgring. Christopher Mies and Connor De Phillippi, who had started the race in an Audi R8 LMS from pole position, were running in second place up to the final stage. In the last 30 minutes of the four-hour race, Christopher Mies with consistently fast lap times took the lead and crossed the finish line as the winner with more than a two-minute advantage.