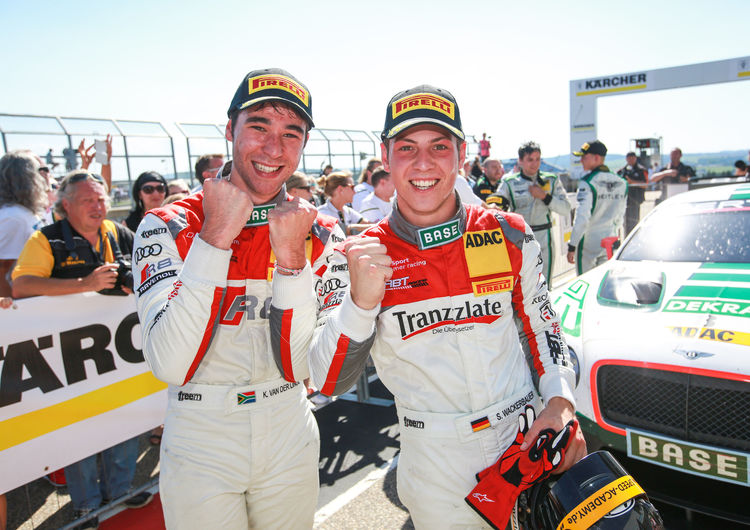 Kelvin van der Linde, Stefan Wackerbauer
Stefan Wackerbauer and Kelvin van der Linde celebrated their first victory of the season at the sixth race weekend of the ADAC GT Masters at the Sachsenring. The German-South African duo in the Audi R8 LMS ultra of Team C. Abt Racing clinched victory in race two after starting from position four on the grid and crossed the finish line only 0.6 seconds ahead of their immediate rivals. In the first heat, Wackerbauer and van der Linde had retired following contact with another car.
Facebook
Twitter
LinkedIn
WhatsApp
Back to top