Skip to content
We are using cookies for a better user experience.
04/06/21
Neuburg a. d. Donau
Sport

Victories and championship lead in Japan and Australia 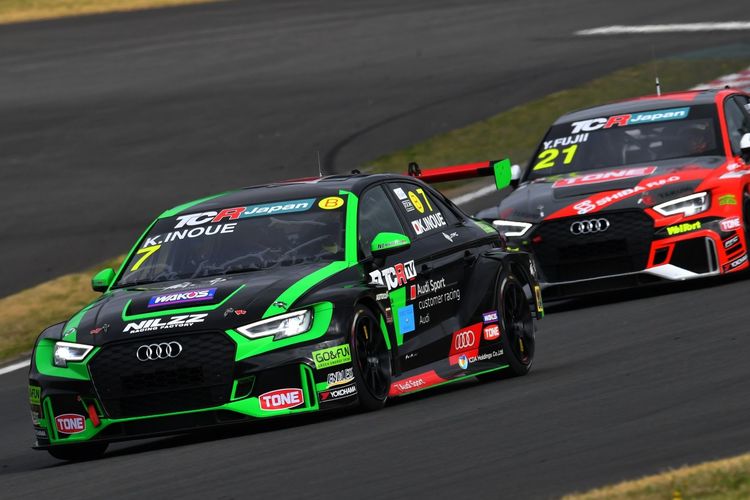 The Audi RS 3 LMS was the benchmark on the Easter weekend in the Asia-Pacific region. In TCR Japan, the 2021 season started for Audi’s customer teams the way the previous one ended – at the top. After Team Hitotsuyama had won the drivers and teams championships last year, Keiichi Inoue prevailed for the first time in the 2021 season opener. The driver of the NILZZ Racing team started the first race on the Fuji circuit in third place. The Japanese crossed the finish line in the same position behind Cupra driver “Hirobon” and Yuji Fujii of Hitotsuyama Racing. However, both received a 30-second penalty for jumping the start, so Inoue was the lucky winner. He thus leads the Saturday standings of the race series. On Sunday, Masanobu Kato in the Team Mars Audi finished second. In Australia, Chaz Mostert in the Audi RS 3 LMS was in dominant form. On the third race weekend at Bathurst, the 28-year-old professional driver secured his season wins number three, four and five in TCR Australia. In the first of the three sprints, Mostert, who started from pole position, initially lost a place to Aaron Cameron, but regained it after a few laps. In the second race, the same scenario arose after the start, but again the Audi driver reasserted himself in the course of the race. In both races, third place went to Garth Tander in another Audi RS 3 LMS. In the final event, Cameron snatched the lead from Mostert after the start for a third time, but in the end the Audi driver won once again ahead of the Peugeot driver. After three of seven events, Mostert has a 63-point lead in the standings.