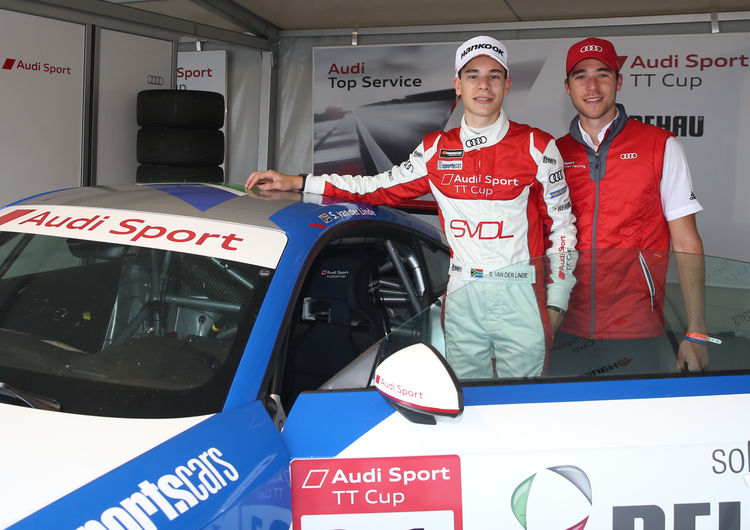 Big family reunion on the occasion of the 24-hour race at the Nürburgring: 19-year-old Kelvin van der Linde, who is racing again in an Audi R8 LMS in the ADAC GT Masters this year, was on the grid of the iconic endurance race twice around the clock. His brother Sheldon, who is two years younger, battled for points in the overall classification of the Audi Sport TT Cup. The Audi one-make cup, which serves as an opportunity to enter the motorsport world of the brand with the four rings, was held for the first time as part of the supporting program of the 24-hour race this year. The two talents received moral support and tips from their father, Shaun, the 1994 Champion in the South African Super Touring Car Championship.