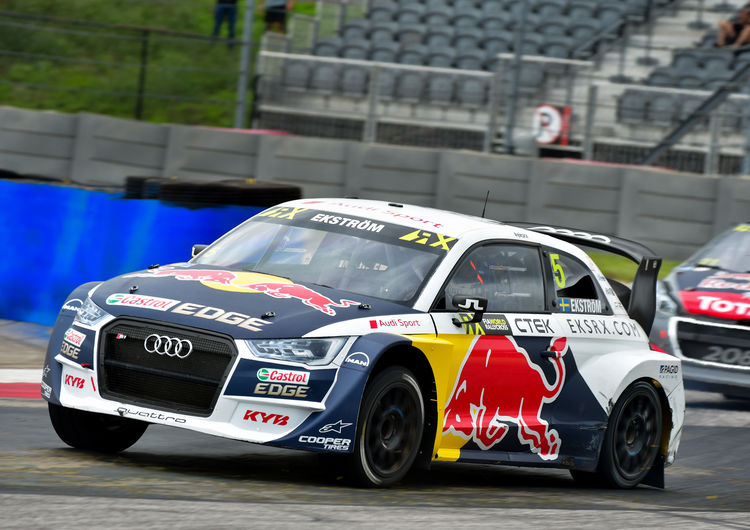 On day one of the FIA World Rallycross Championship (World RX) in Austin (Texas), EKS Audi Sport built on its podium finish at the previous round in Latvia. After Mattias Ekström had finished second in the final two weeks ago in Riga, he holds second overall once again after the first two qualifying sessions on the Circuit of the Americas in Austin. “We are, however, a little disappointed with second qualifying. I had contact with Sébastien Loeb when he rejoined from the joker lap, I almost spun and lost some time. Even so, we are at the front and will give everything on Sunday,” said the 2016 Rallycross World Champion. On the first visit of World RX to the USA, Mattias Ekström’s team mate Andreas Bakkerud lies third overall and also in a promising position before Sunday’s two concluding qualifyings.