Skip to content
We are using cookies for a better user experience.
01/05/18
Neuburg a. d. Donau
Motorsport 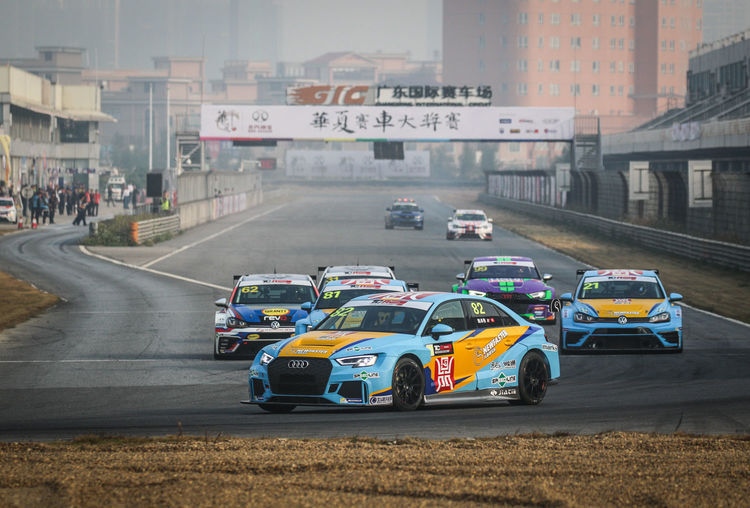 During the last weekend of 2017, the Audi RS 3 LMS won two more titles in its debut season. Andy Yan from the New Faster Racing team celebrated two race wins, which saw him clinching the drivers’ title of the TCR China at the season finale in Guangdong. His Chinese compatriot and teammate Huang Chu Han completed the result by finishing runner-up in the drivers’ standings. In addition, New Faster Racing also won the teams’ title of the TCR China. The entry-level touring car from Audi had already won the TCR Russia title, as well as the drivers’ and teams’ titles in the TC class of the North American Pirelli World Challenge.