Skip to content
We are using cookies for a better user experience.
07/27/19
Neuburg a. d. Donau
Sports

Turbulent beginning of the race 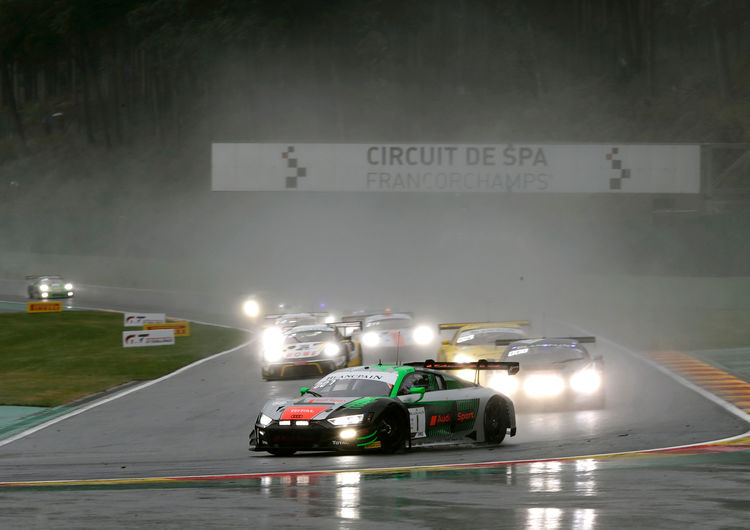 The 71st edition of the Spa 24 Hours began in rainy conditions behind the safety car. Numerous accidents and full course yellow periods characterized the first hours of the race. The best Audi driver had initially been Steijn Schothorst from Attempto Racing in second position at the end of the first hour, before René Rast claimed this position for Audi Sport Team WRT in the no. 1 car. After the first four pit stops, Audi Sport Team WRT was the best squad from Audi Sport customer racing. Dutchman Robin Frijns was leading the race at the end of the fourth hour, his Spanish teammate Alex Riberas was fifth in the no. 2 car. A third WRT driver, Charles Weerts, followed in eighth position. Clemens Schmid from Attempto Racing rounded off the top ten. Mattia Drudi (Attempto Racing) was 12th overall and led the Silver Cup classification. Second in this class was Ivan Pareras from Phoenix Racing in another Audi R8 LMS. At dusk, all eleven Audi R8 LMS cars were classified in the race after four hours of racing. In two cases, large credit had to be given to the precious work of the mechanics: Saintéloc Racing found an unusual sensor error with the no. 26 car, which cost the Pro Am driver crew 17 laps. The team under the banner of the Audi Sport R8 LMS Cup had to repair bodywork, aerodynamic and suspension parts after Andrew Haryanto had touched the barrier after seven laps on the wet track.