Tough setbacks for Audi early in the morning 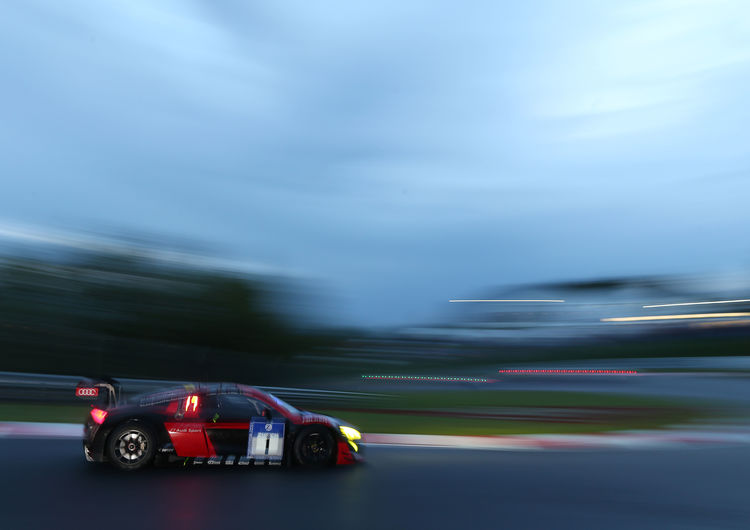 Audi suffered cruel luck early in the morning with its three best-placed race cars in the field within three laps. In lap 65, last year’s winner Nico Müller in the number „1“ Audi Sport Team WRT avoided an opponent who had spun and faced the oncoming traffic in the Mutkurve corner. Müller swept to a slippery part of the track and his Audi R8 LMS collided with the barriers. His team swapped the right rear quarter suspension and replaced damaged body parts. After some three hours, Müller returned to the race in position 90. Only three laps after this mishap, Markus Winkelhock made a mistake in a code 60 safety zone. The former winner from Audi Sport Team Phoenix collected the car from brand colleague Connor de Philippi from montaplast by Land-Motorsport. Both Audi cars retired.