Tough job for Audi and EKS in Belgium 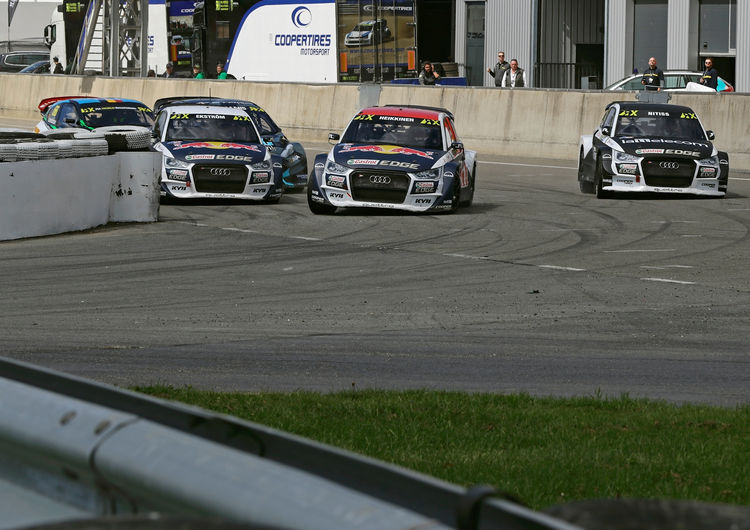 Mattias Ekström and his EKS team will have to stretch themselves quite a bit to continue the perfect string of three victories in three races. After two of the total of four qualifying sessions, the reigning world champion is only ranking in position seven. His teammates, Toomas Heikkinen and Reinis Nitišs, are in positions ten and twelve after day one on the challenging Circuit Jules Tacheny. “This hasn’t been an easy day for us, but it never is in the World RX,” says Ekström. “We saw again how important the starting position and the start itself are in rallycross. In Q2, I had to start from the outside and then wasn’t able to get past my rivals. Overtaking is near-impossible here.” On Sunday, starting at 10:00, the three EKS drivers in their 560-HP Audi S1 EKS RX quattro cars will be battling to make it into the semi-final of the twelve best drivers.