Tom Kristensen at Race of Champions 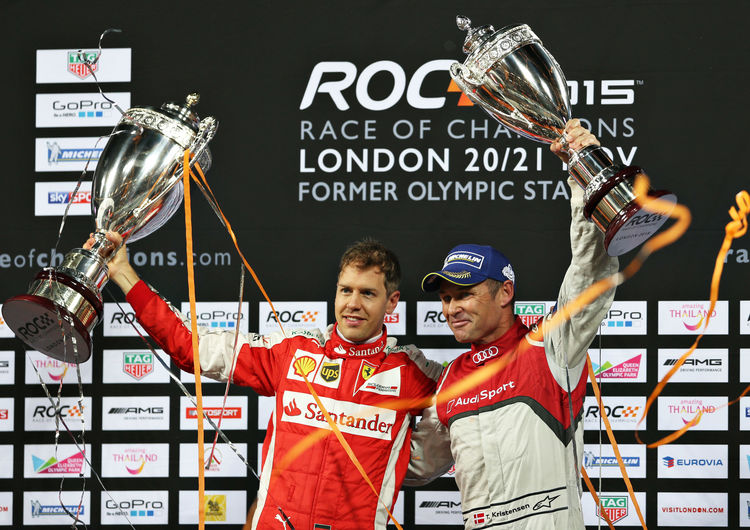 Le Mans legend Tom Kristensen will also be contesting the next edition of the Race of Champions. The Dane starts for the 15th time in the international competition of the best racing drivers, which will be held in Miami from January 21–22, 2017. The long-standing Audi driver made it into the finale in three of his last four outings and last year he was narrowly beaten by Formula 1 World Champion Sebastian Vettel. “I’ve officially finished my career, but I’ve participated in the Race of Champions so often that this is the exception to the rule,” said Kristensen. “Two times already, my teammates and I have won the ROC Nations Cup, but I definitely still want to win the individual classification. I still enjoy it a lot to race against the young drivers.”