Skip to content
We are using cookies for a better user experience.
03/29/19
Laguna Seca/Neuburg a. d. Donau
Sports 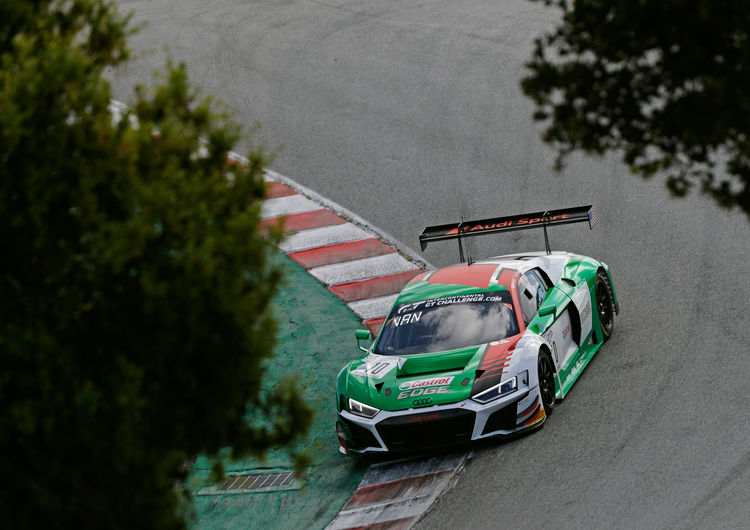 Last year’s winner Audi has secured a very good starting position for the California 8 Hours. At the decisive pole shootout, Dries Vanthoor (B) planted the #10 Audi R8 LMS on the third grid spot for the Audi Sport Team WRT and his two teammates Christopher Haase (D) and Frédéric Vervisch (B). In 2017 and 2018, Audi won on the storied American Laguna Seca racetrack. The second #29 Audi R8 LMS fielded by Audi Sport Team Land with drivers Kelvin van der Linde (ZA), Christopher Mies (D) and Markus Winkelhock (D) takes up the eight-hour race from 13th on the grid against seven other manufacturers. Audi holds the manufacturers’ title in the Intercontinental GT Challenge (IGTC) and has claimed five of the six titles since the series started in 2016. The California 8 Hours is the second of five races on the 2019 calendar. The race begins on Saturday at 8.30 hrs local time (PDT/GMT-7).