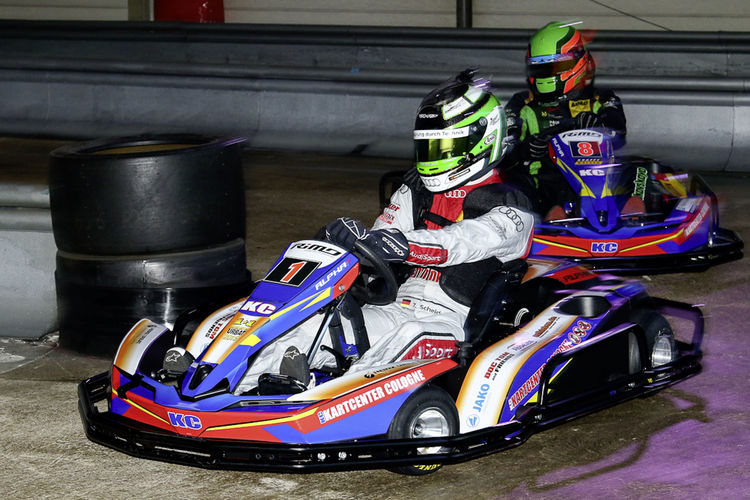 Audi driver Timo Scheider has won the ’24h Race of Cologne’ with All Stars Team Urbat. The nine-member squad that included DTM record champion Bernd Schneider had started the 24-hour kart race from the pole position and, after 3,256 laps, prevailed with an advantage of just 3.7 seconds in a heartbeat finale. Scheider and his team-mates celebrated overall victory in front of a record turnout of 6,200 spectators. “It was tremendous fun,” said the two-time DTM champion immediately after crossing the finish line. “The performance level in Cologne is incredibly high. We had to give our all up to the very end.”