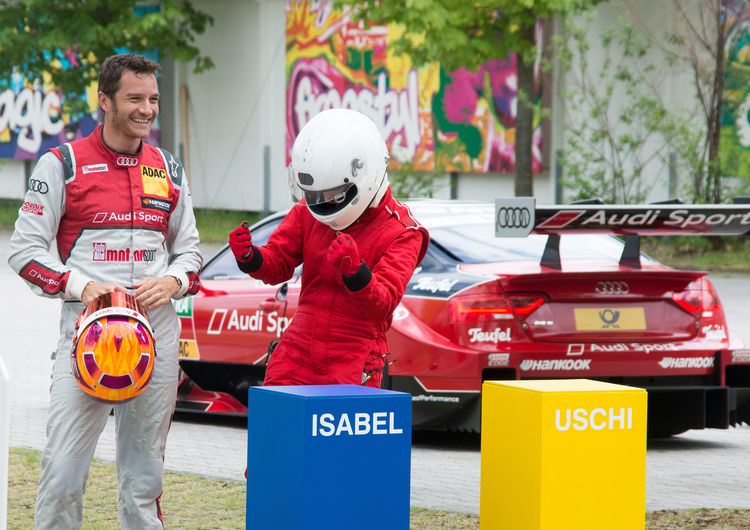 Spectacular appearance of Timo Scheider at the “ZDF Fernsehgarten:” In a television show on the occasion of the Eurovision Song Contest, the two-time DTM Champion took dancer and “Let's Dance” jury member Isabel Edvardsson for a ride in the Audi RS 5 DTM race taxi. In a challenge called “elk test,” the Swede had to slide small wooden elks onto a wire while Scheider was driving.