Timo Scheider in the ‘ZDF Fernsehgarten’ 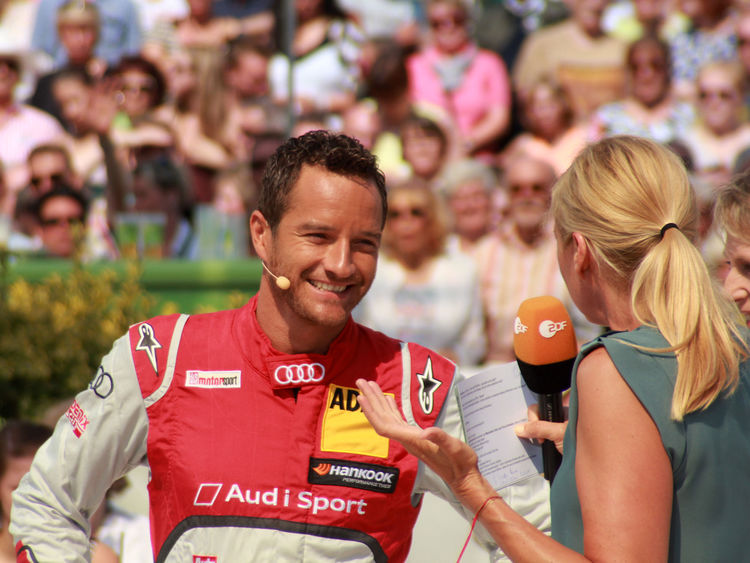 A week before the DTM round at Spielberg, Austria, Timo Scheider contested an unusual race. In gorgeous weather and in front of a full house at the ‘ZDF Fernsehgarten’ TV show, the two-time DTM Champion raced three laps in an Audi RS 5 DTM across the studio complex against his DTM rival Maximilian Götz. The kicker of the show was that both DTM drivers had prominent passengers who had to peel as many hard-boiled eggs as possible during their speedy ride. The passenger in Scheider’s Audi RS 5 DTM, which sported a special livery on the occasion of Audi Sport’s first participation in the DTM 25 years ago, was pop singer Linda Hesse. Everyone had plenty of reason to be happy after the fun race: the Audi factory driver was the first to cross the finish line and the competition presented the larger number of peeled eggs.