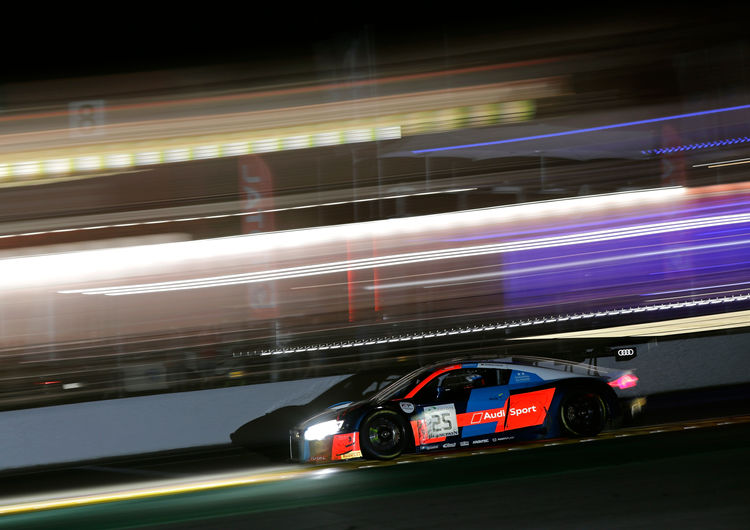 Three Audi R8 LMS cars from three different teams occupied positions among the front runners after twelve hours of racing. Frédéric Vervisch was fourth for Audi Sport Team Saintéloc and Kelvin van der Linde from Montaplast by Land-Motorsport followed in eighth. Nico Müller was in ninth position for Audi Sport Team WRT. The first ten cars were all on the lead lap. As the only one of six brands, Audi was represented by three cars within the top ten. A crash in the twelfth hour resulted in the race being red-flagged and stopped for more than an hour. Meanwhile, Christopher Mies, Alex Riberas and Dries Vanthoor continued their comeback drive. The trio from Audi Sport Team WRT were running in the sixty-third and last position at the beginning of the race. During the first twelve hours, they were able to move the no. 1 Audi R8 LMS up to fifteenth position. Attempto Racing with Steijn Schothorst were running three positions further back.