Skip to content
We are using cookies for a better user experience.
05/10/18
Neuburg a. d. Donau
Sports 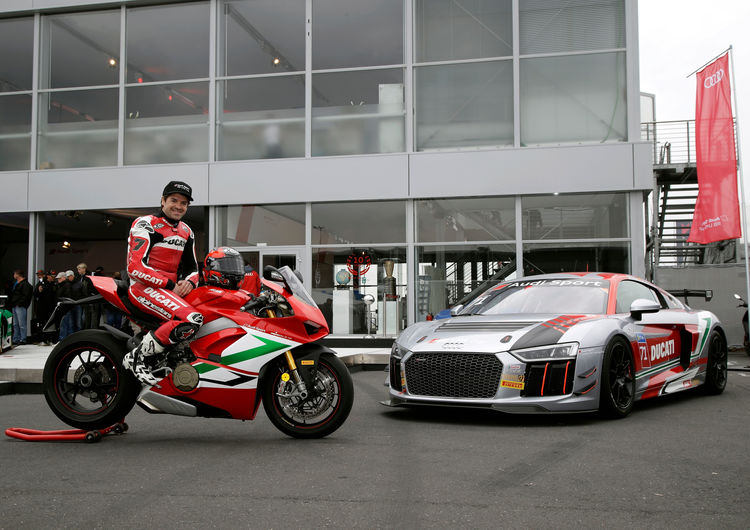 Former professional motorbike racer and longstanding Ducati campaigner Carlos Checa is returning to racing for a guest weekend with Audi Sport. The 45-year-old Spaniard will contest two Audi Sport R8 LMS Cup races at the Nürburgring as a guest entrant. The one-make cup is holding two sprints as part of the supporting program of the 24-hour race. Afterwards, the fans will get to see something unique: Carlos Checa will lead the field of the 24-hour race for the formation lap on a Ducati Panigale V4 S. The pro who hails from Barcelona won the 2011 Superbike World Championship on a Ducati 1198 R F11 celebrating 15 race wins in the process.