Successful conclusion to the DTM test week at the Nürburgring 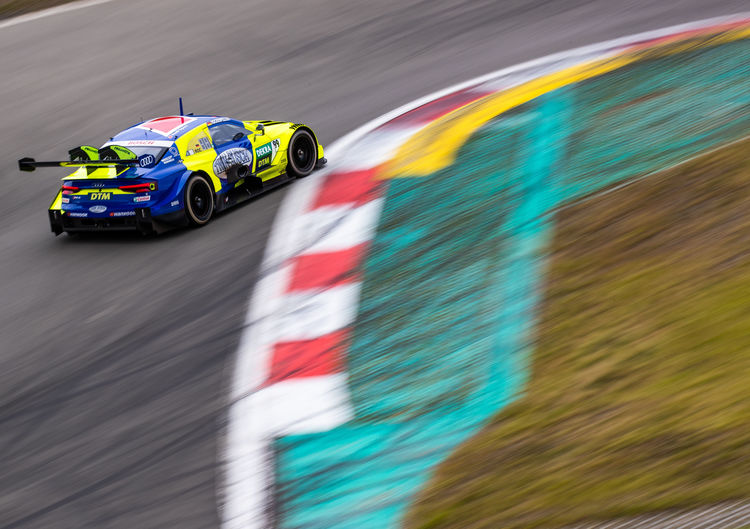 The DTM’s four-cylinder turbocharged engines provided the soundtrack at the Nürburgring for four days. From June 8 to 11, after a break of several months, the DTM teams returned to the race track for the official DTM test days. While the weather fluctuated in the Eifel, Audi Sport and the three works teams Abt, Phoenix and Rosberg used the 30-hour test period on the circuit’s sprint layout to prepare for the first two races at Spa and the packed calendar of the 2020 season. All six of the DTM works drivers had stints in the current Audi RS 5 DTM. Each of the three Audi teams used one of their two DTM cars on site. René Rast, Nico Müller, Robin Frijns and Mike Rockenfeller also shared the driving duties behind the wheel of the RS 5 DTM test car, which was in the Twin Busch livery design. In addition to Audi, BMW and the customer teams, WRT Team Audi Sport and ART Grand Prix (BMW), also took part in the first official test of the new DTM season at the Nürburgring. Overall, Phoenix driver Rockenfeller collected the most track time, after taking over the driving work from his teammate Loïc Duval on Tuesday and Thursday. The Frenchman had to forego parts of his personal test program due to a collarbone injury. Overall, Audi Sport can look back on very successful DTM test days at the Nürburgring, with 2,592 laps completed and 9,406 kilometers. “After the long break, we were all highly motivated to come back to the race track. The ITR tests are particularly important for the teams and the drivers, in order to find a rhythm for the season and to test all of the necessary processes of a race weekend. And that is exactly what we succeeded in doing here at the Nürburgring. I am really looking forward to seeing our DTM cars driving through Eau Rouge during the season opener at Spa,” says DTM project leader Andreas Roos.