Skip to content
We are using cookies for a better user experience.
09/26/20
Neuburg a. d. Donau
Sport 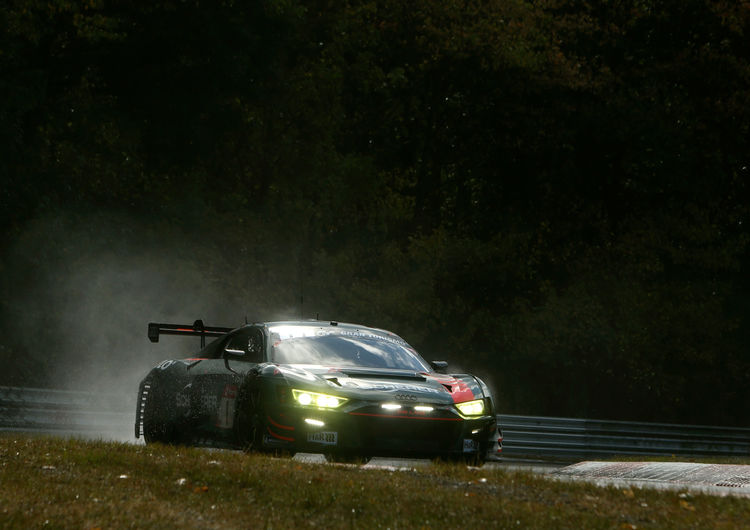 In the wet initial phase of the Nürburgring 24 Hours, the Audi Sport customer racing teams put up a good show in treacherous track conditions. Audi Sport Team Phoenix started the race with the number 1 car from grid position 13. Frédéric Vervisch improved to fifth place in the first hour. The Belgian remained in the cockpit of the green Audi R8 LMS for another stint at the first refueling stop and only handed over his car to Nico Müller at the second stop. The leader of the DTM standings improved to third place overall at the four-hour mark. Two positions behind him followed the privately entered Audi R8 LMS from Phoenix Racing. Michele Beretta had replaced Frank Stippler in the car with number 5, who had started from twelfth position and was the best Audi sports driver in the field in the early stages. In sixth place was Mirko Bortolotti. The Italian had taken over the Audi R8 LMS with the number 3 from the Audi Sport Team Car Collection from start driver Markus Winkelhock. Audi Sport Team Land followed in eleventh place with Christopher Mies. The private Audi R8 LMS number 7 from Car Collection moved up to 22nd place, even though the team had to start from 48th place behind the first starting group and also had to serve a three-minute penalty for an offence in qualifying.