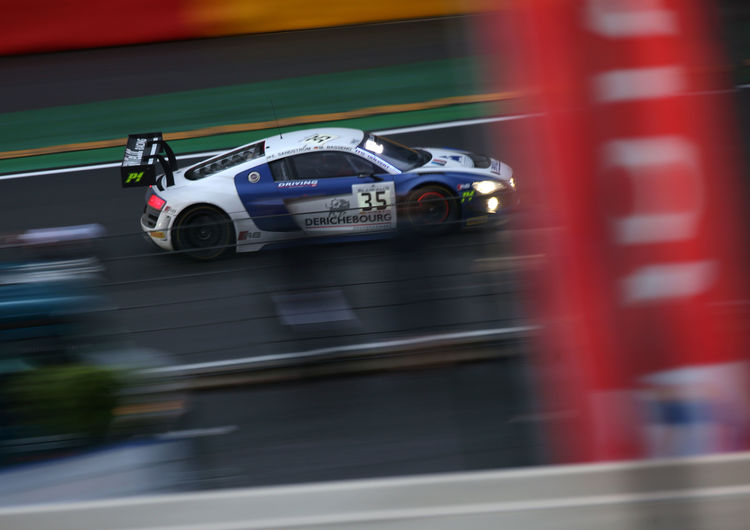 After the first turbulent quarter of the 24 Hours of Spa, the Audi customer racing Team Saintéloc Racing with the R8 LMS ultra number "35“ – driven by Marc Basseng, Grégory Guilvert and Edward Sandström – was the best placed Audi in second position.

In extremely difficult conditions, the Audi R8 LMS (Audi Sport Team WRT) number "1“ had shown a faultless race: René Rast took the lead in the third hour and his team mate Laurens Vanthoor retained the advantage. But minutes before the end of the sixth hour, the Belgian's Audi left the track. Six laps were lost making repairs to the damaged bodywork, tie rod and the exhaust, dropping to P40.

Light rain, a drying track and heavy rain combined with six safety car periods caused a lot of position changes. Audi Sport Team Phoenix was an unfortunate victim of the tricky conditions: On a drying track, both cars changed to slicks early on but had to change back to rain tires due to heavy rain shortly afterwards. The two Audi R8 LMS with the numbers “5” and “6”, that had also lost time at the end of the first safety car periods, were in P26 and P27 after the first quarter of the race.